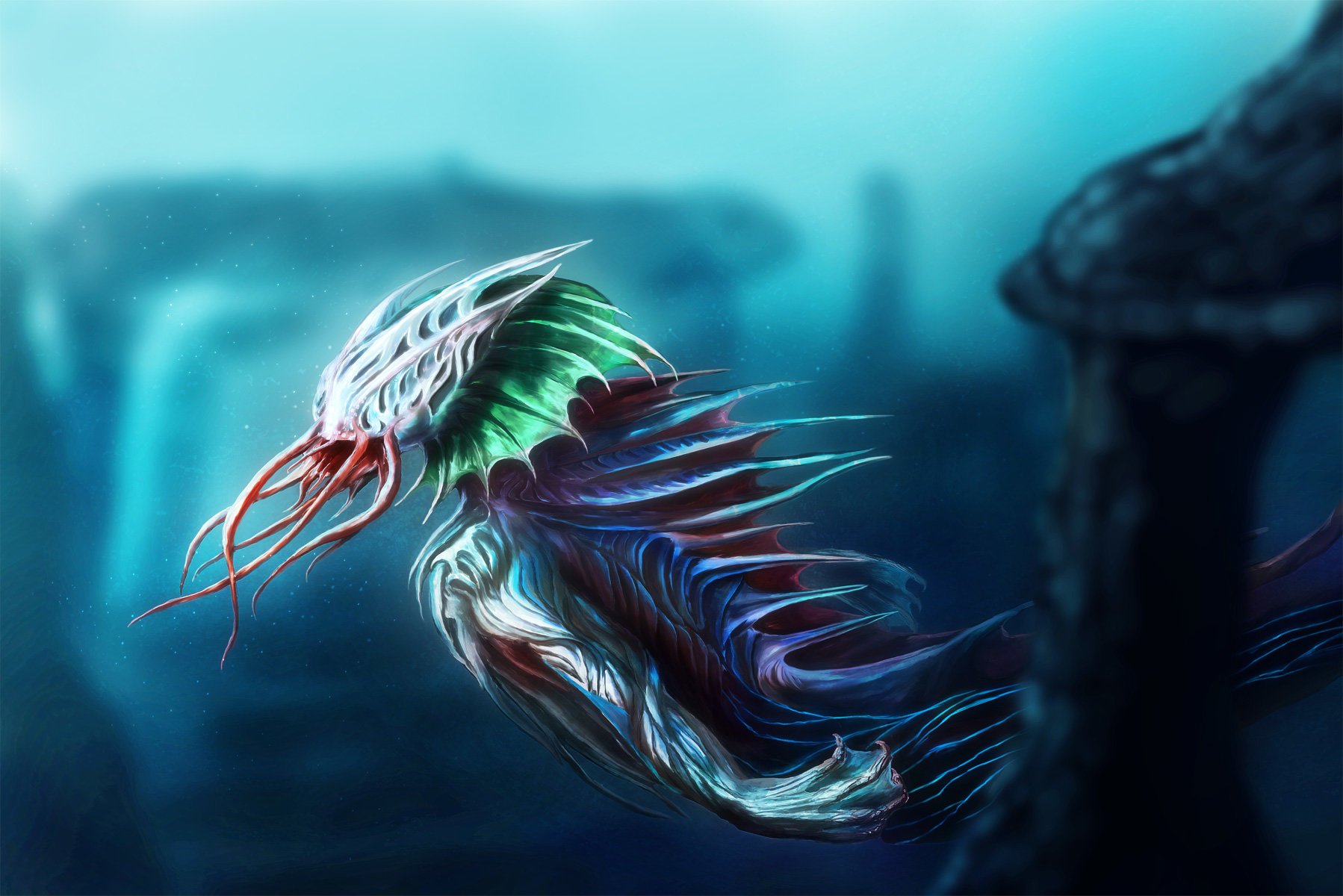 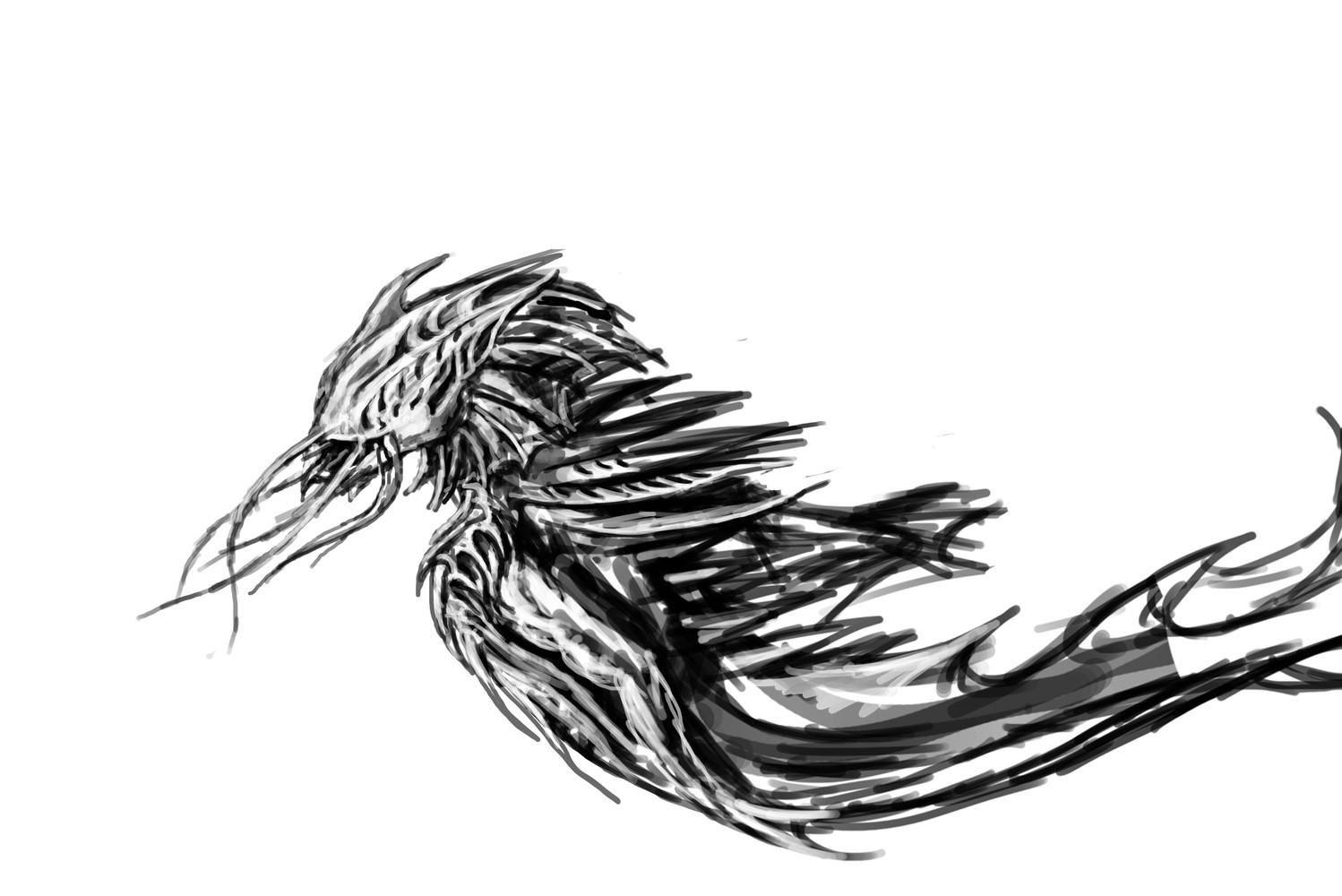 This sea creature has no eyes, it rather relies on receptors which sense any movements near them.
When in danger, they open their 'collar', similar to the frilled lizard. The green then starts to turn in a powerful red due to the blood pumped through the veins.
It also has been observed that they use their frill during mating, though it isn't entirely clear yet how they notice this without eyes. Some believe that they have other sensors working similar like eyes.
They usually are found right beneath the water surface, probably because the red color is absorbed quite fast in water and they need it to warn/intimidate other animals.