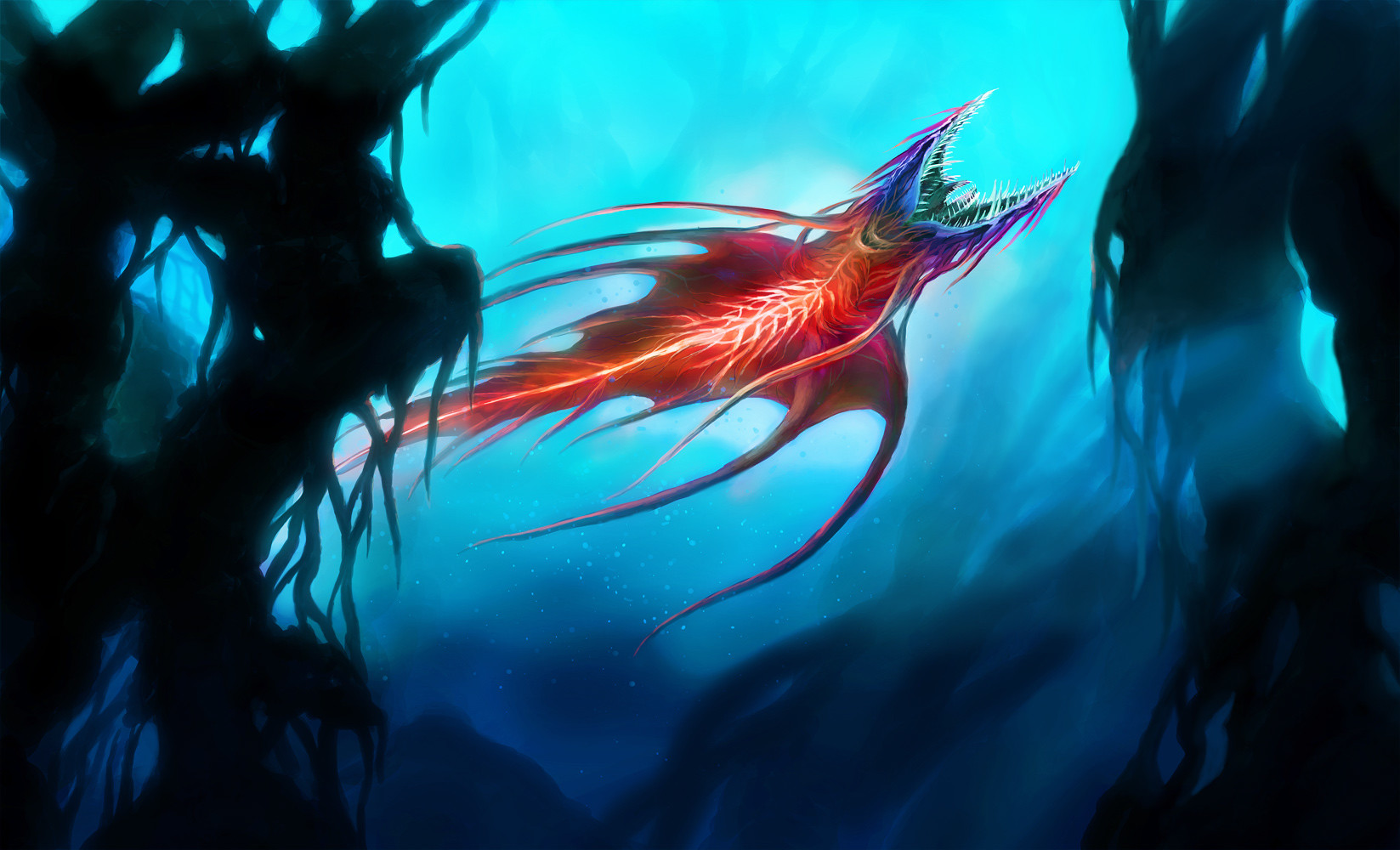 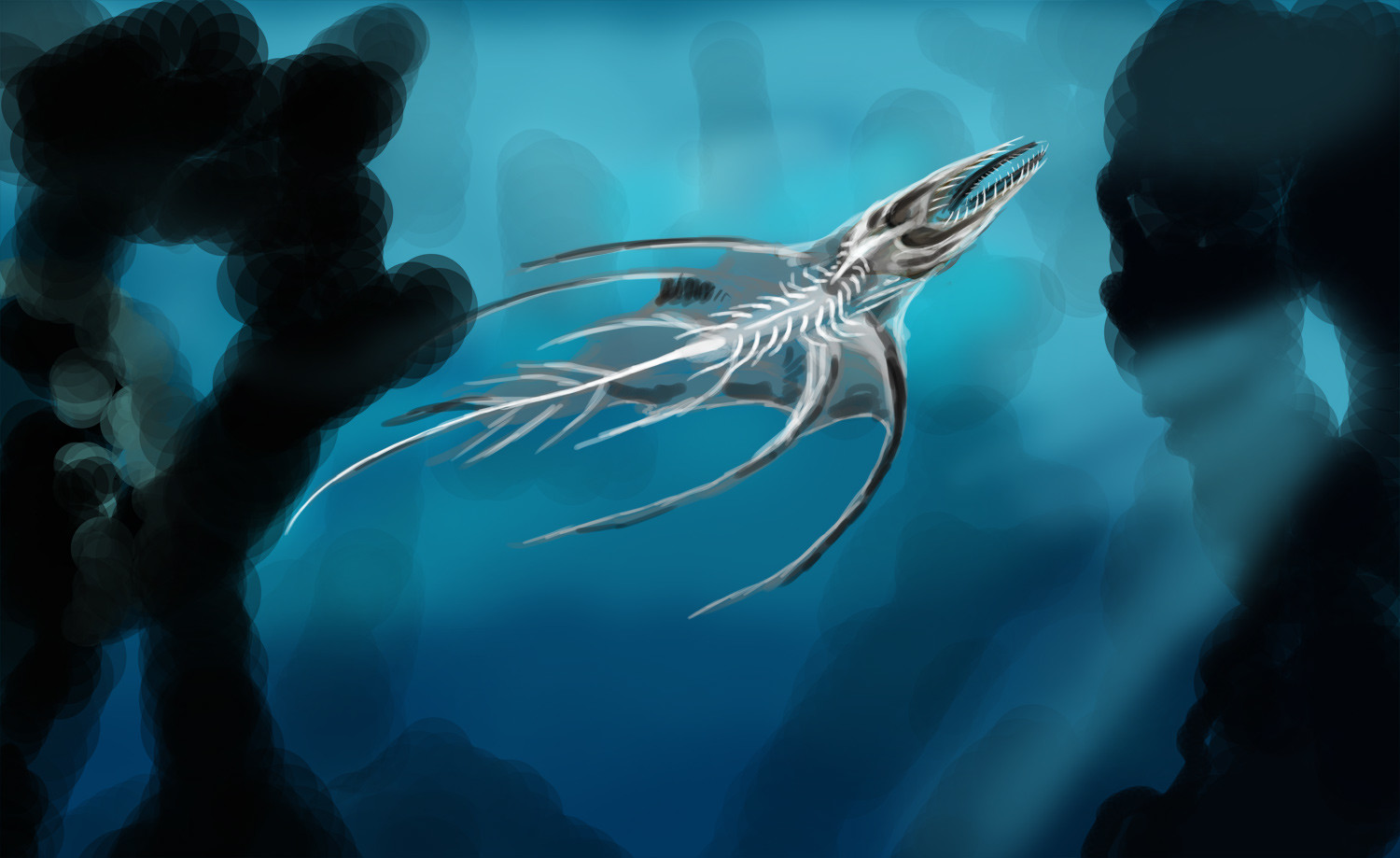 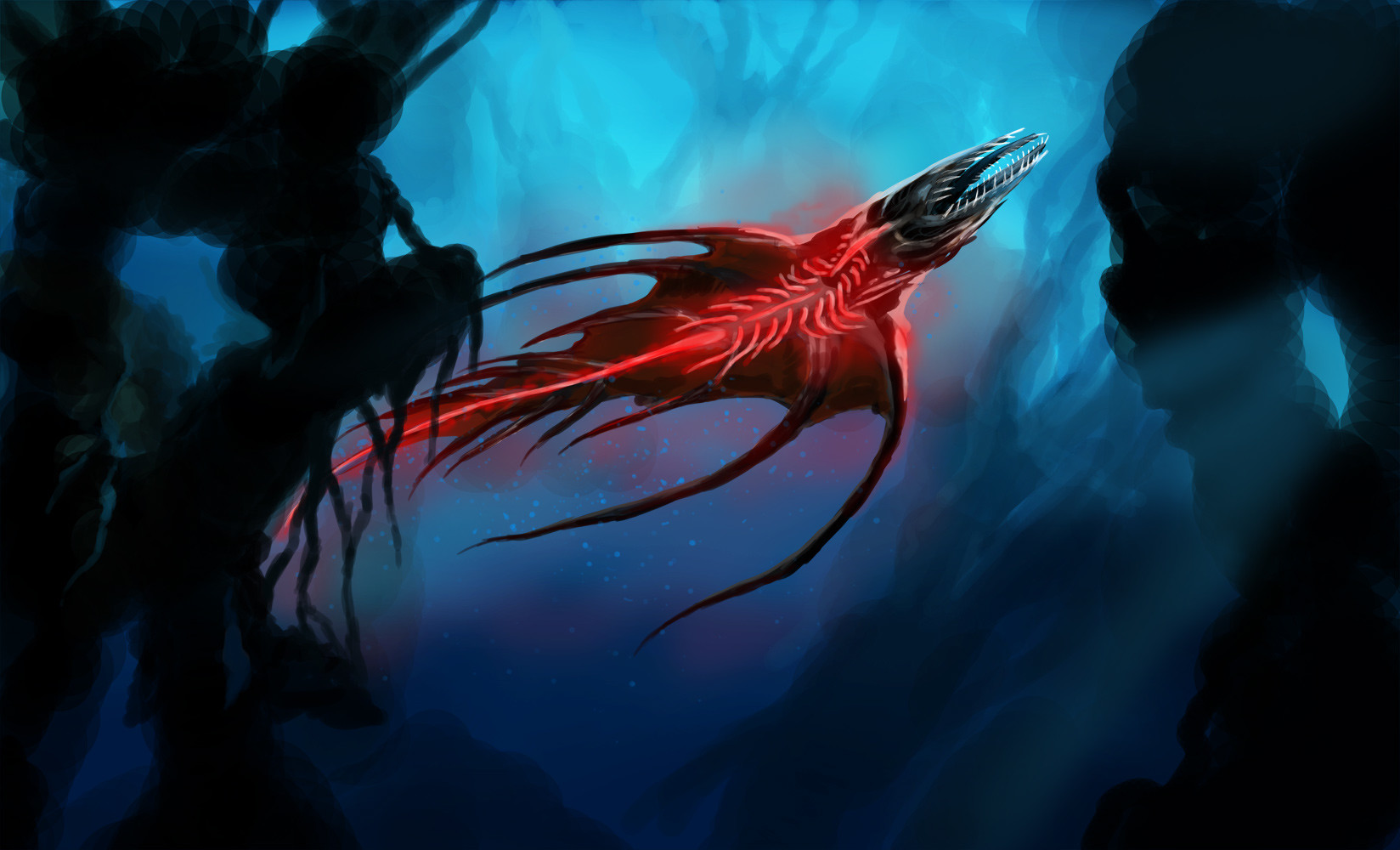 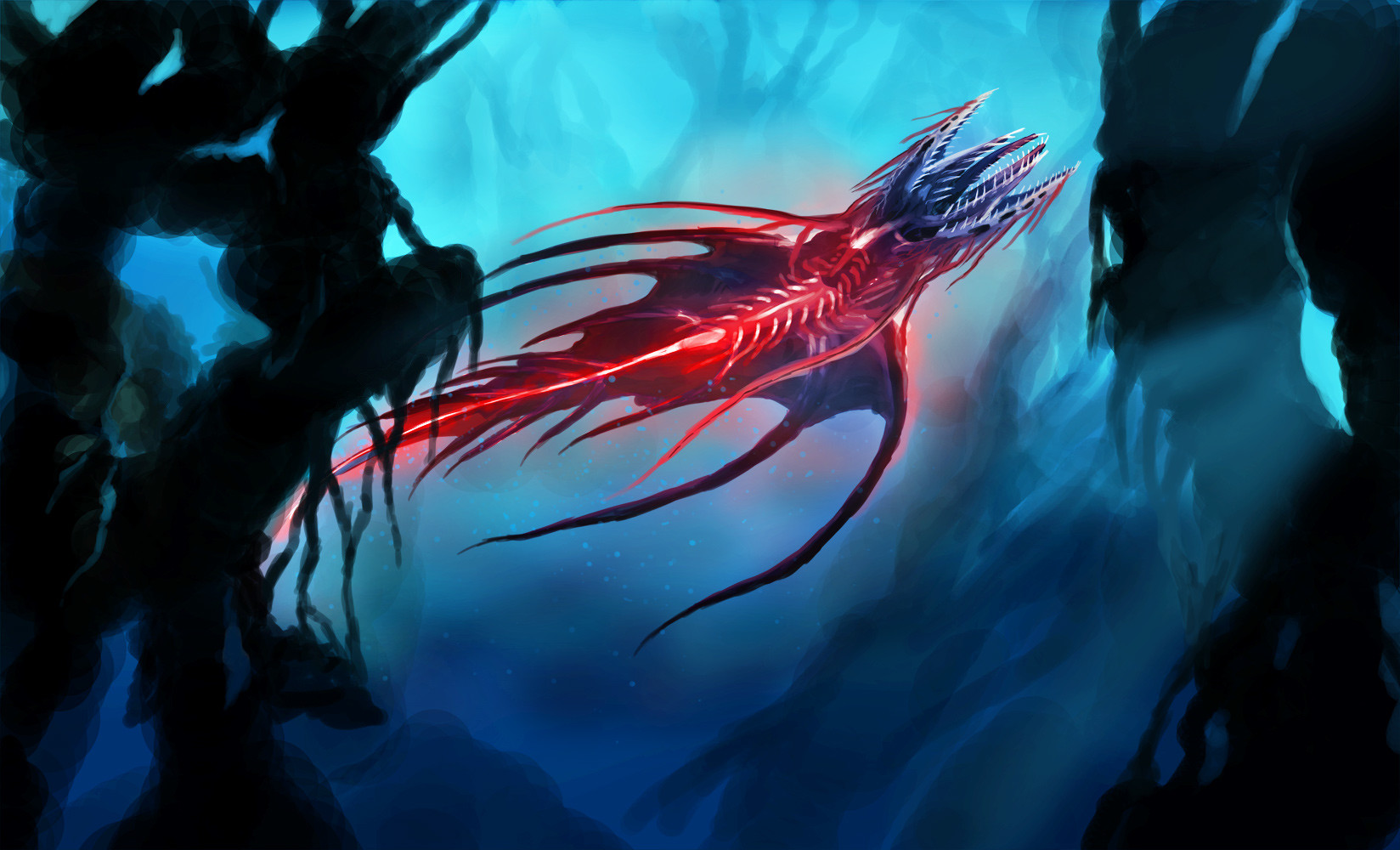 The most aggressive species inhabiting the seas of the newly discovered alien planet is without question this creature here. It has an unnatural high urge to kill other living beings, resulting in killings even if it is actually completely full.
Like the electric eel they can produce electricity with their muscles, but much more than the electric eel can. A nice side effect of this electricity is that they are also able to create the most beautiful light spectacle which they use to mark their territory and finding a mate.
It uses this power for hunting and for defending itself from other predators, instantly killing smaller prey and paralysing bigger ones, leaving them defenceless.

The only disadvantage of this power to create electricity is that they have to eat a lot to get the energy necessary - which probably let to their urge to kill everything that moves.