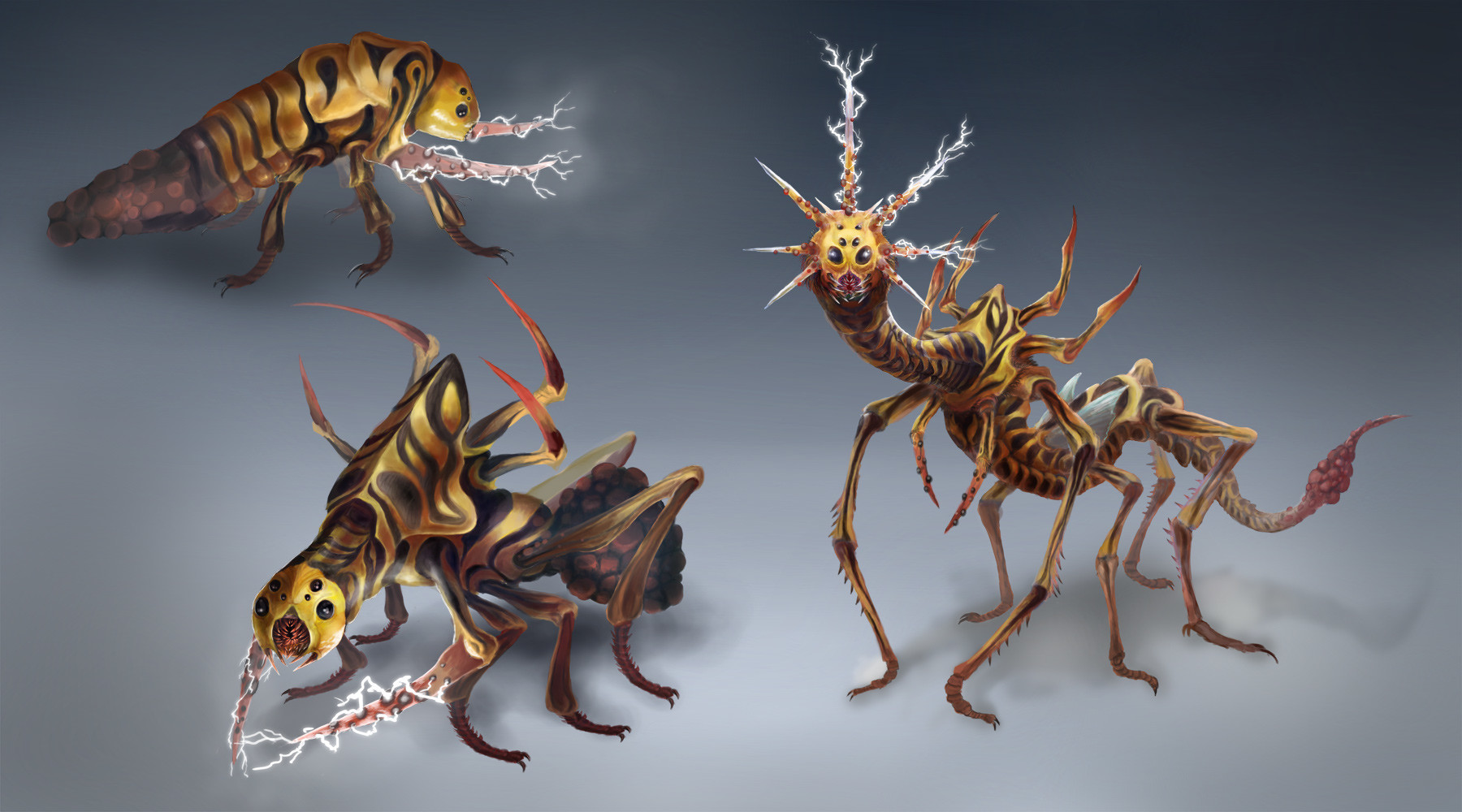 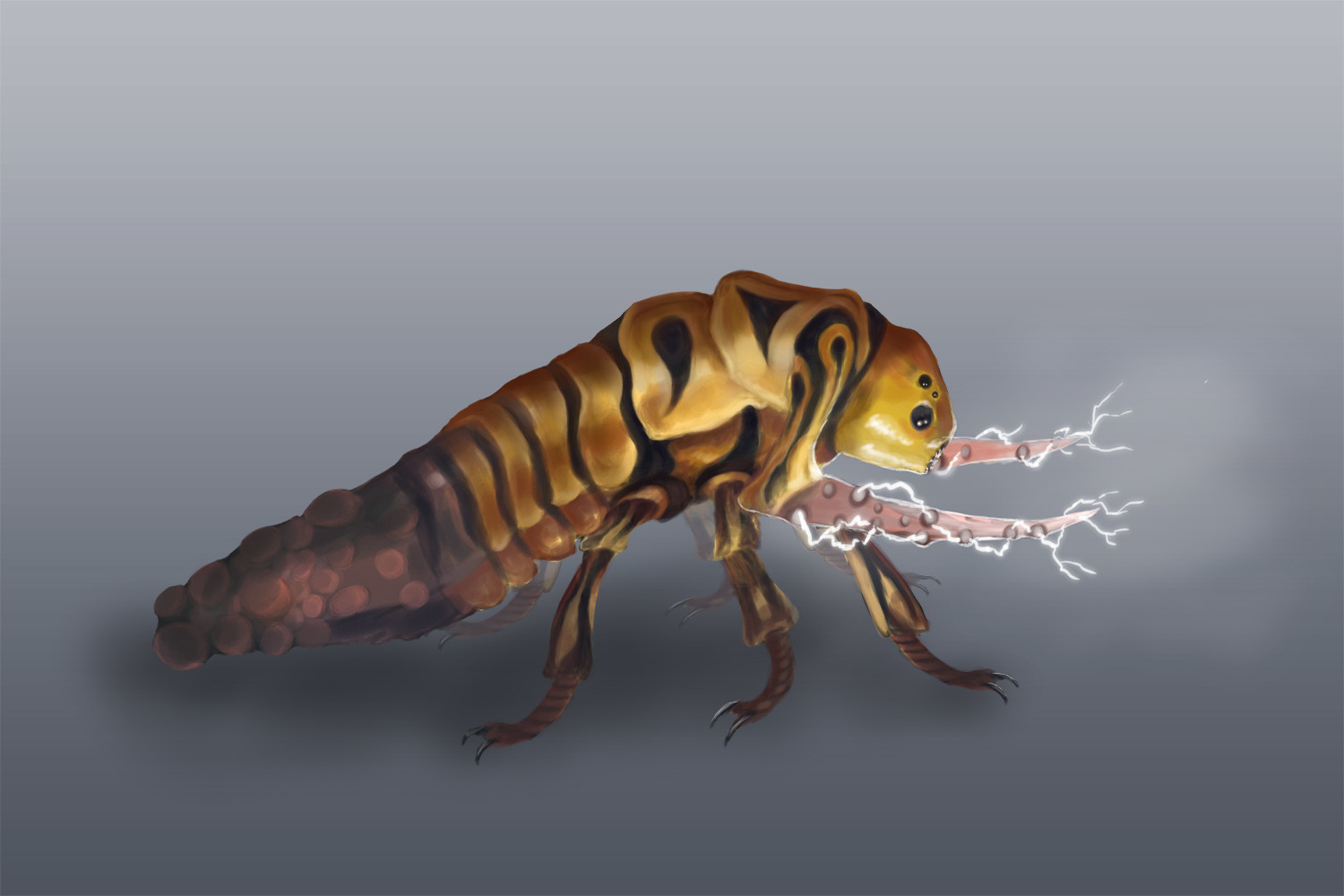 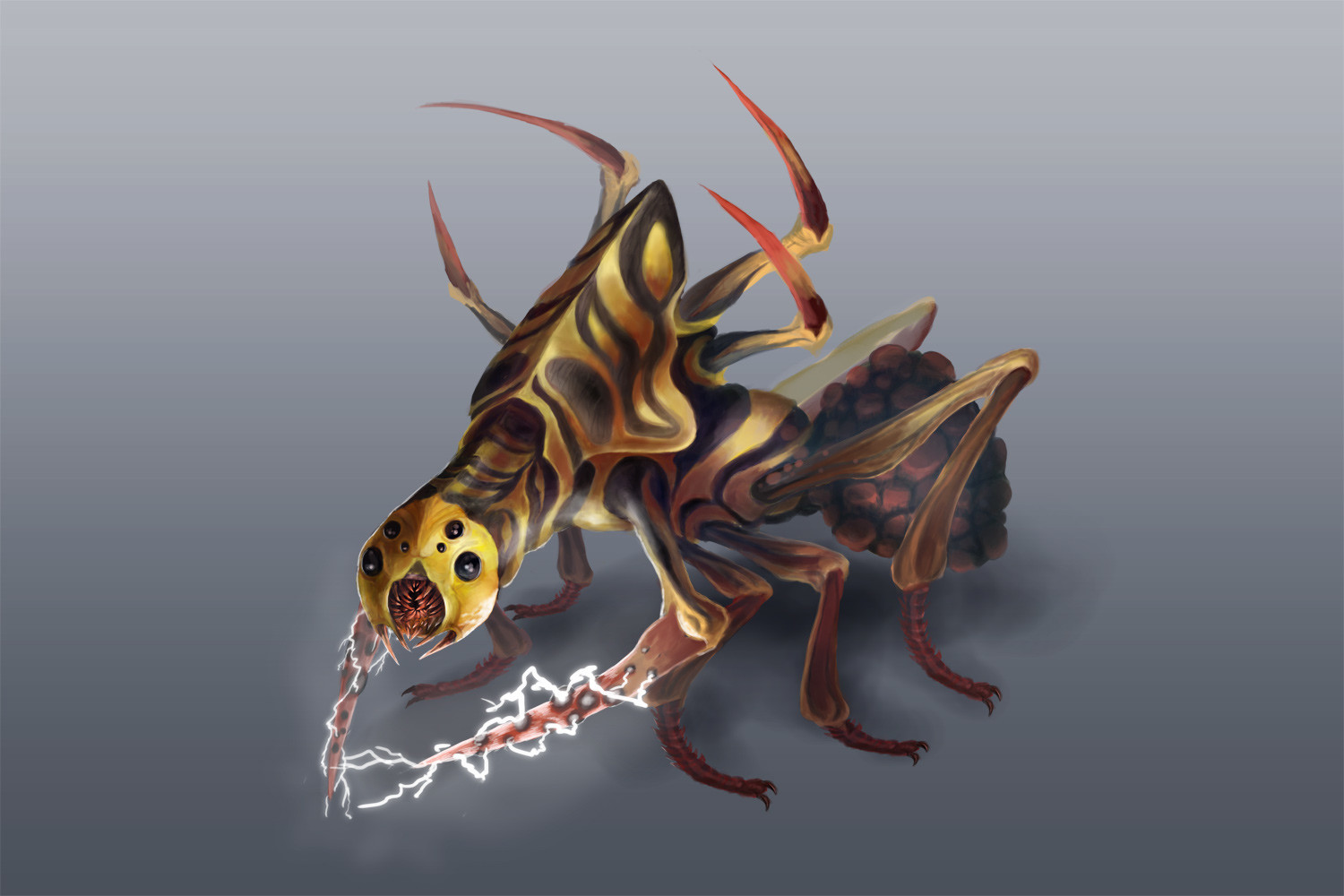 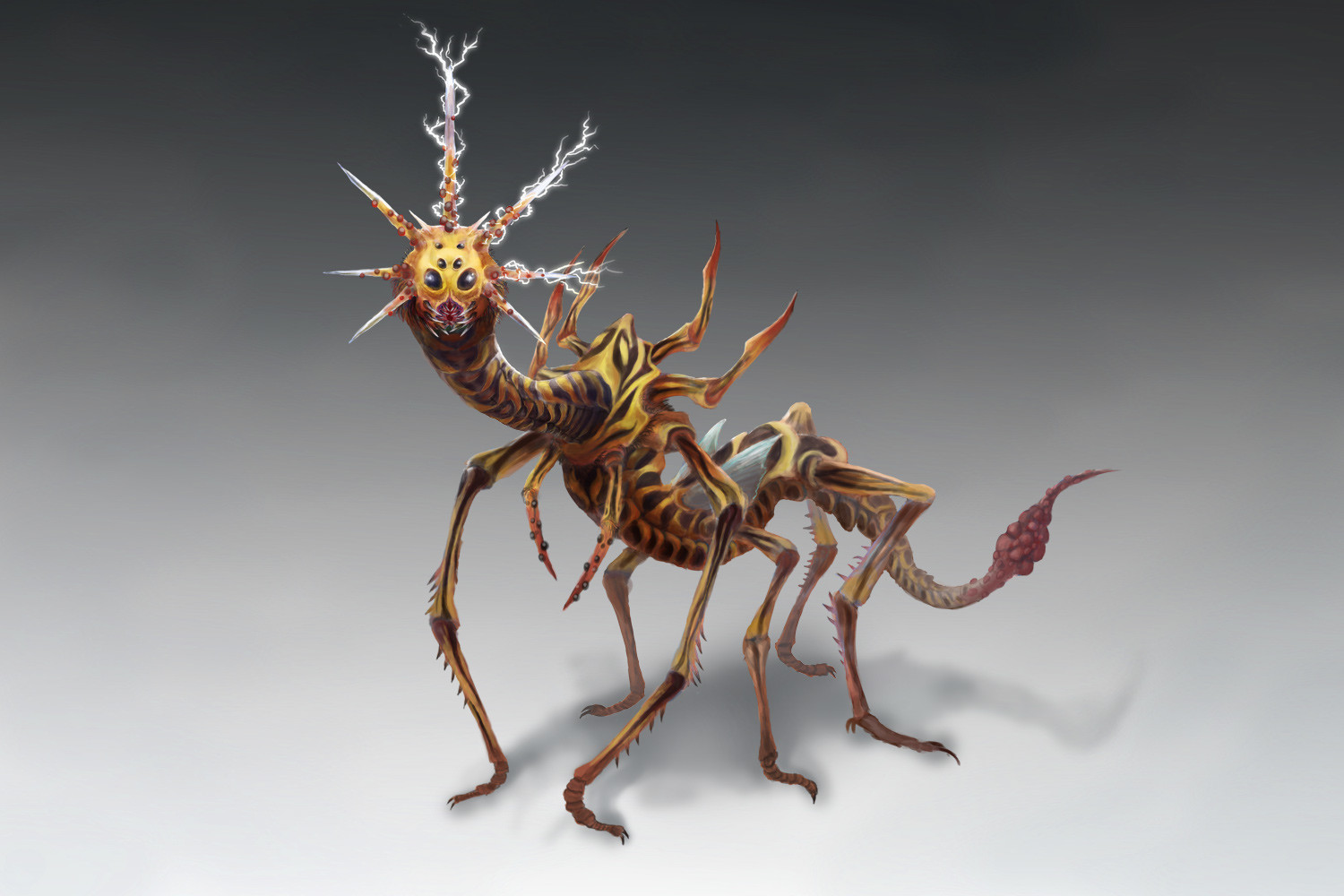 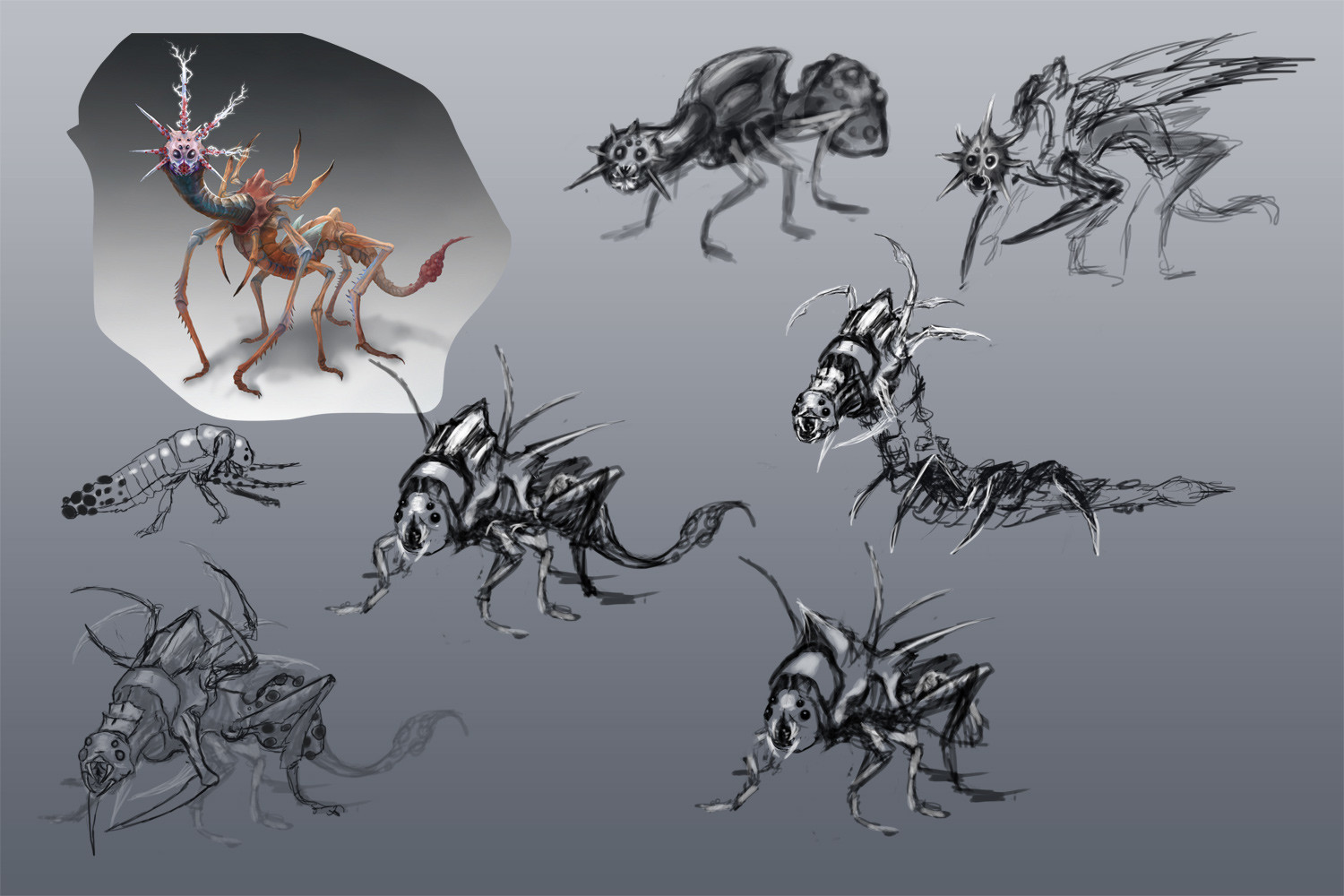 Here you can see the full life cycle of the Thunder Bug: It is born as a larvae (named Voltilarv), hatching from an egg, and even though it seems quite vulnerable with such a soft, squishy body it's actually not an easy prey. Like the adult Thunder Bug, the larvae is also able to produce electricity. The horns on the head, most outstanding characteristic for the adult Thunder Bug, haven't grown yet. Instead of these horns, the arm claws are actually able to unleash the electricity at any time. The abdomen is used as a battery for storing the energy needed for this.

After the first big transformation, the Thunder Bug enters the second stage of its life (named Voltinym). Still, the remarkable horns haven't grown yet and it still uses its claws for electrical discharges.

After the final big transformation the last stage of the Thunder Bug's life is reached (Volteon).