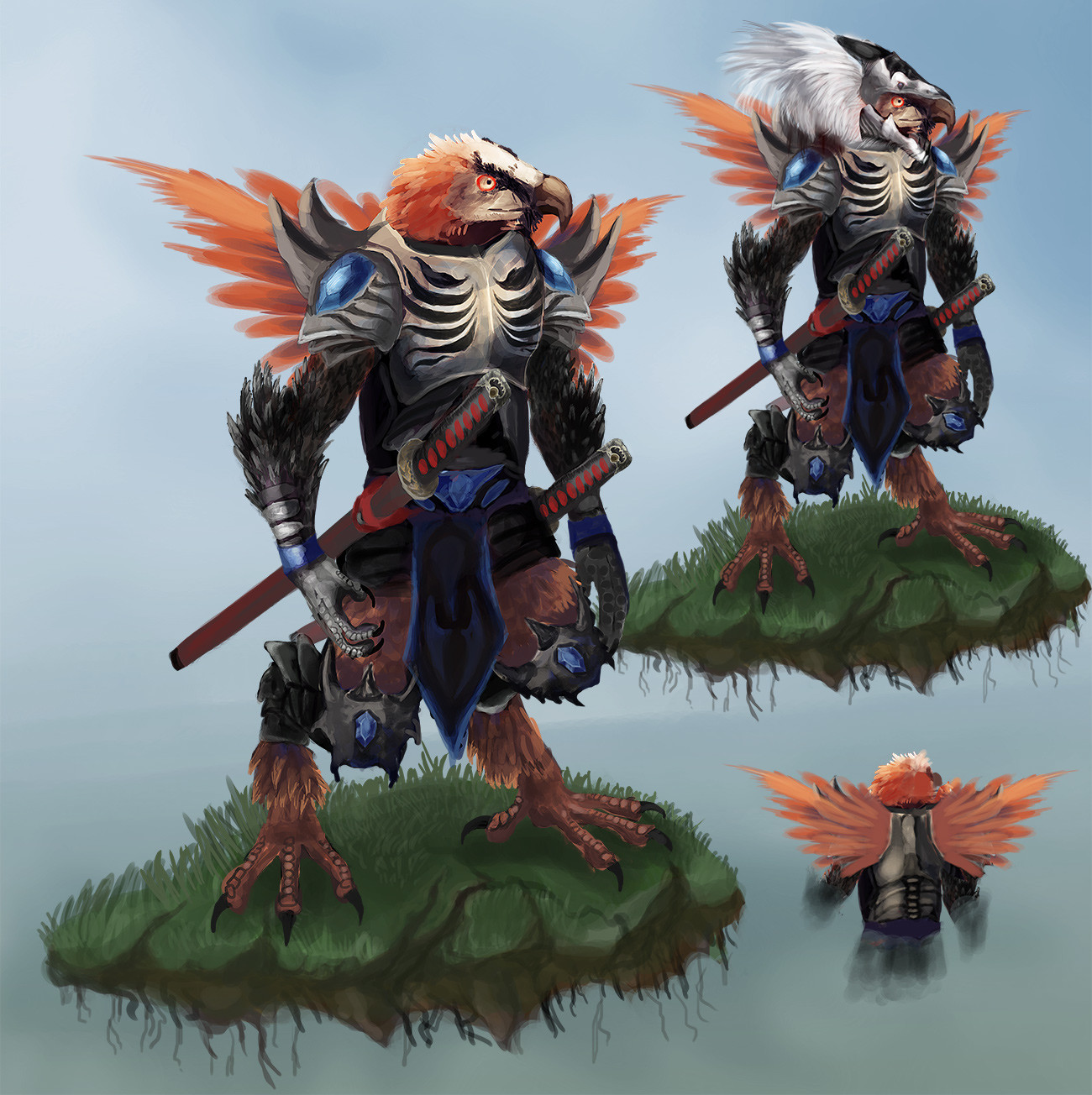 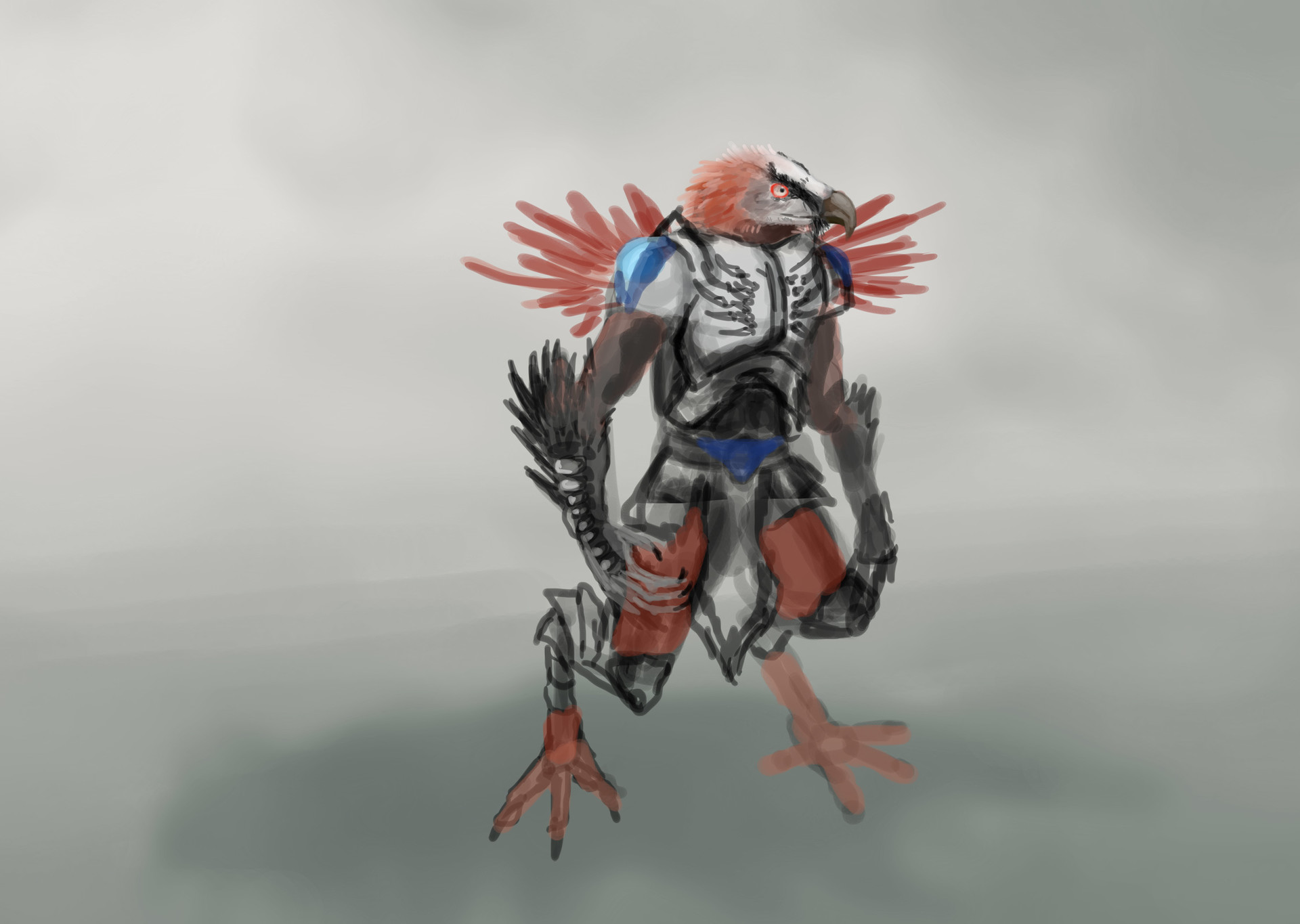 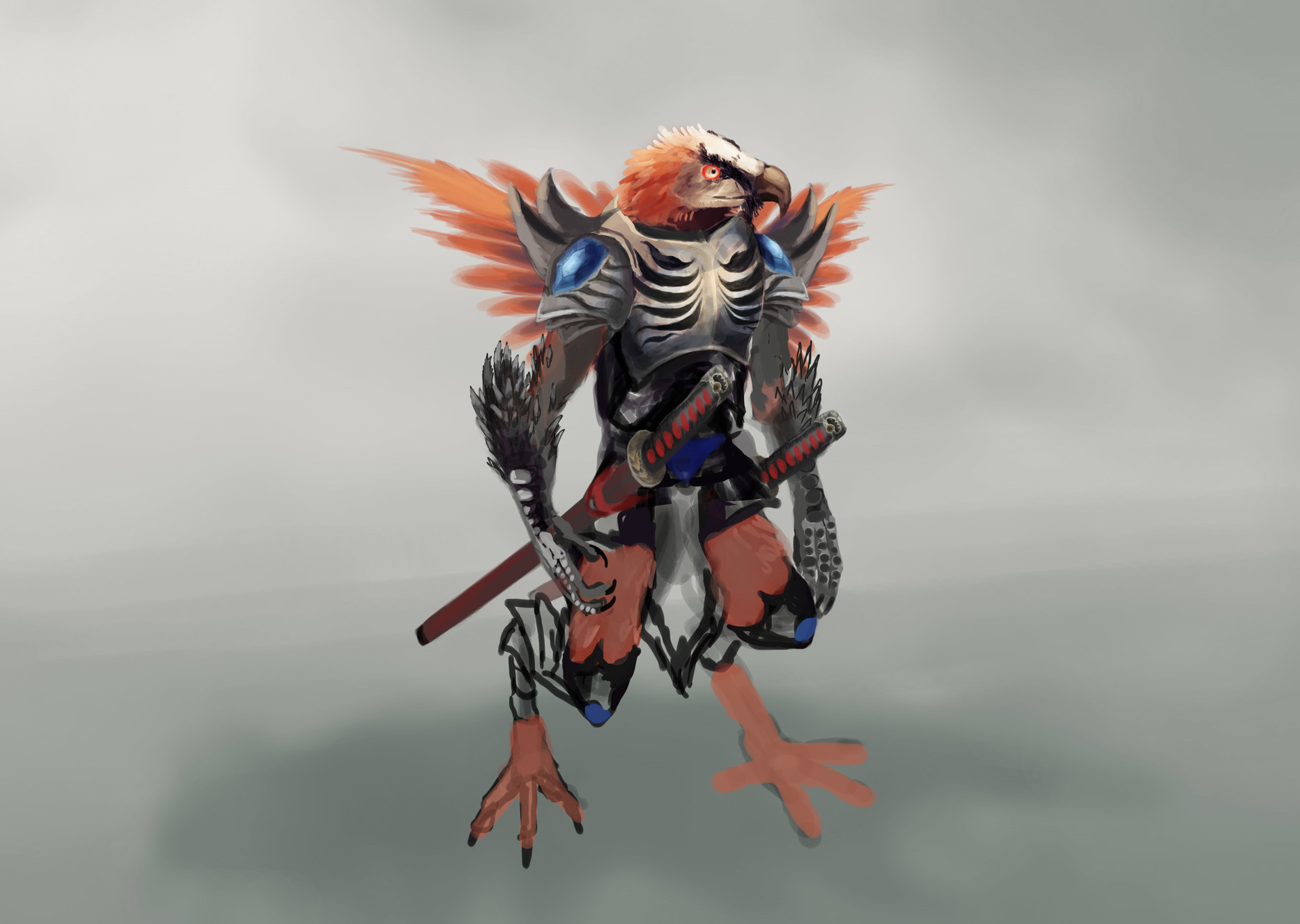 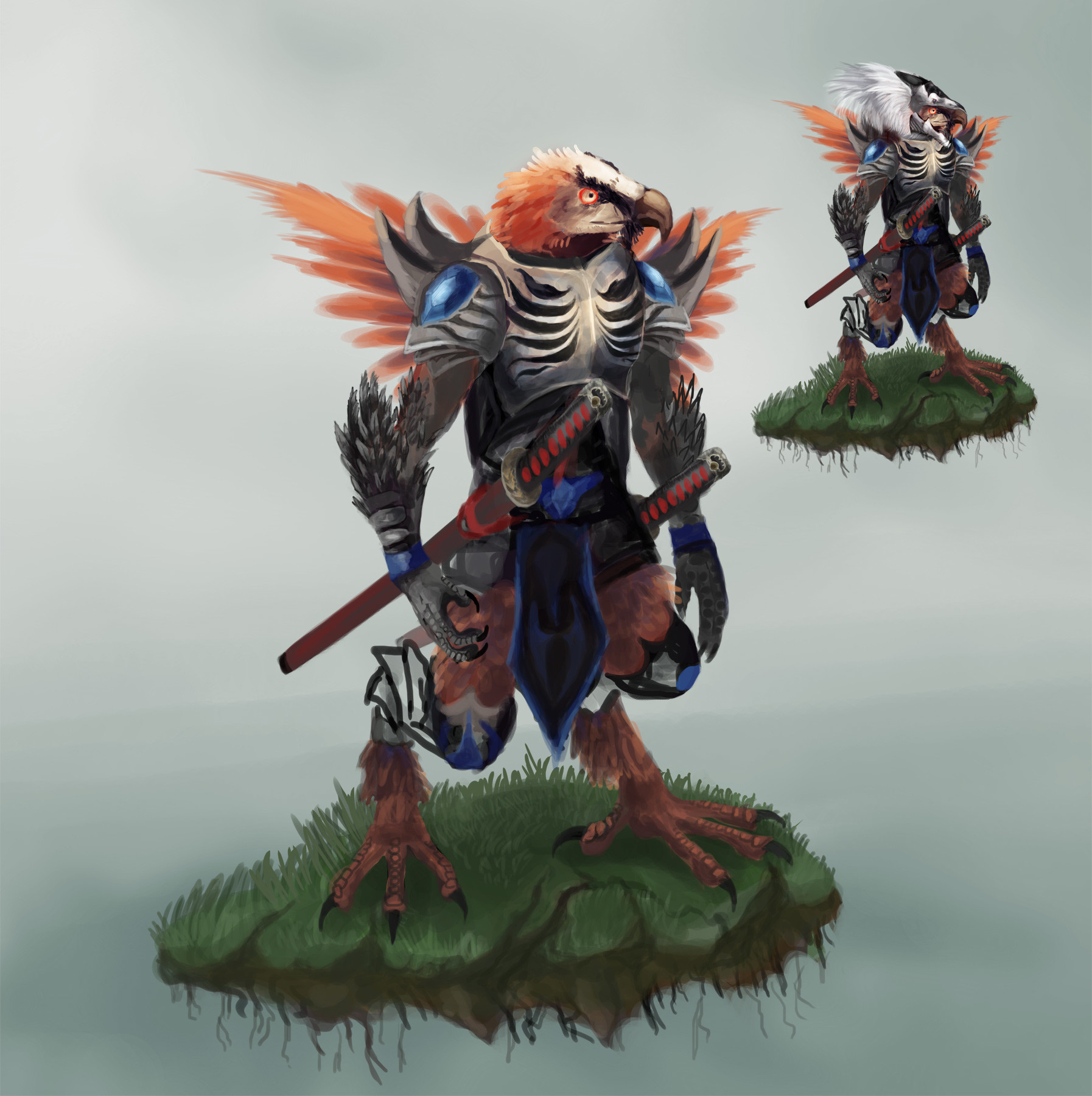 Asriel, the wise warrior, once was a famous hunter for monsters. He always was there when people were attacked by some furious beast. Unlike most of these adventurers, he survived this profession, most likely due to his unmatched speed in battle and his talent to spot his enemies weaknesses quite fast.

He decided to back off this dangerous profession after a terrible accident, where he lost his dearest friend and companion to a very powerful and evil monster.
Full of grief and sorrow, he blamed himself for what happened on this regretful day.

After years of despair and depression he finally managed to move on, taking on a new profession and trained new and promising adventurers to safe them to suffer from the same fate, losing someone very dear and close.

Years later, one such hero managed to defeat the monster which killed Asriel’s friend, bringing him back the very head of this creature.
Asriel was finally partially released from his terrible guilt.