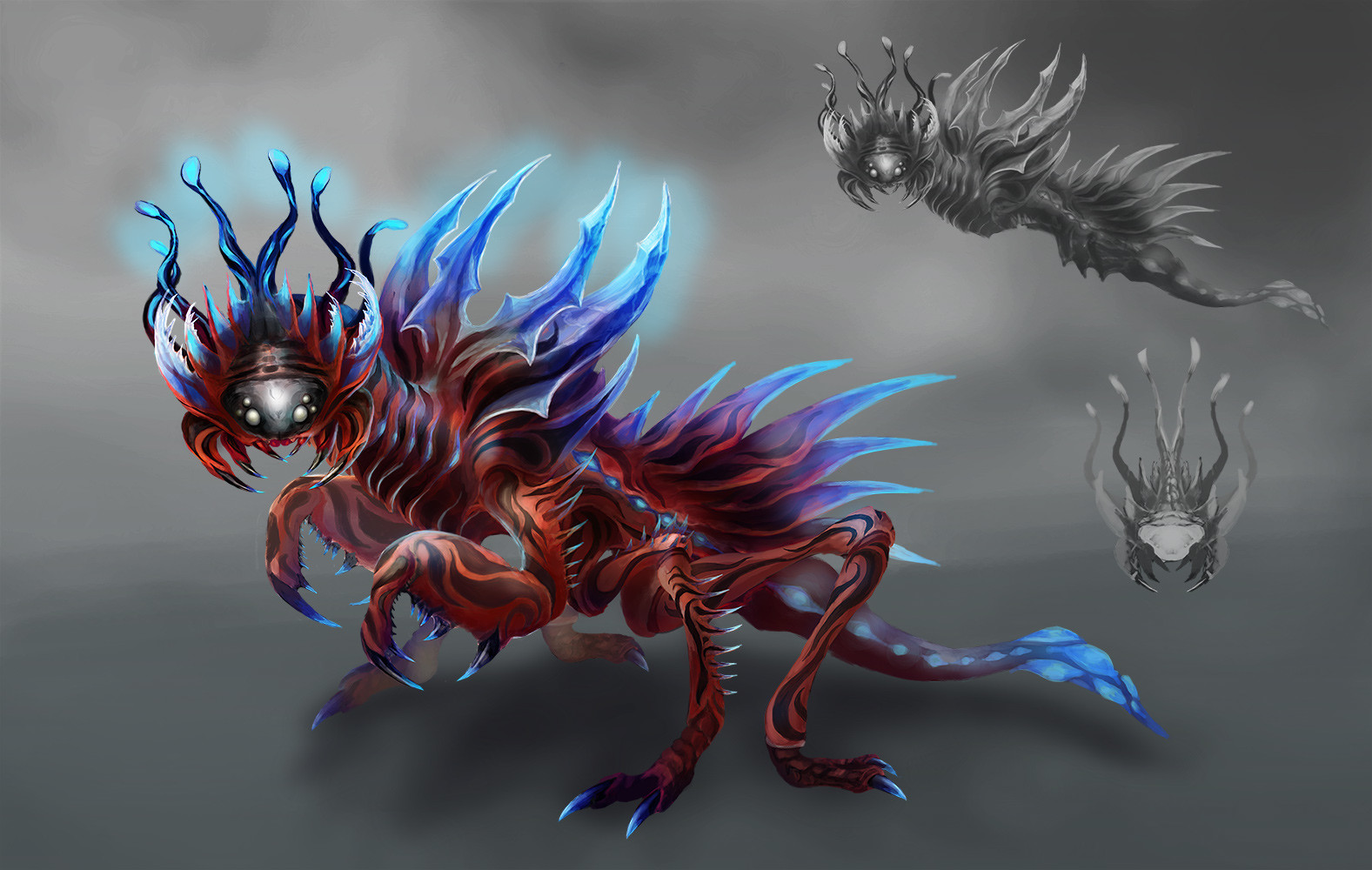 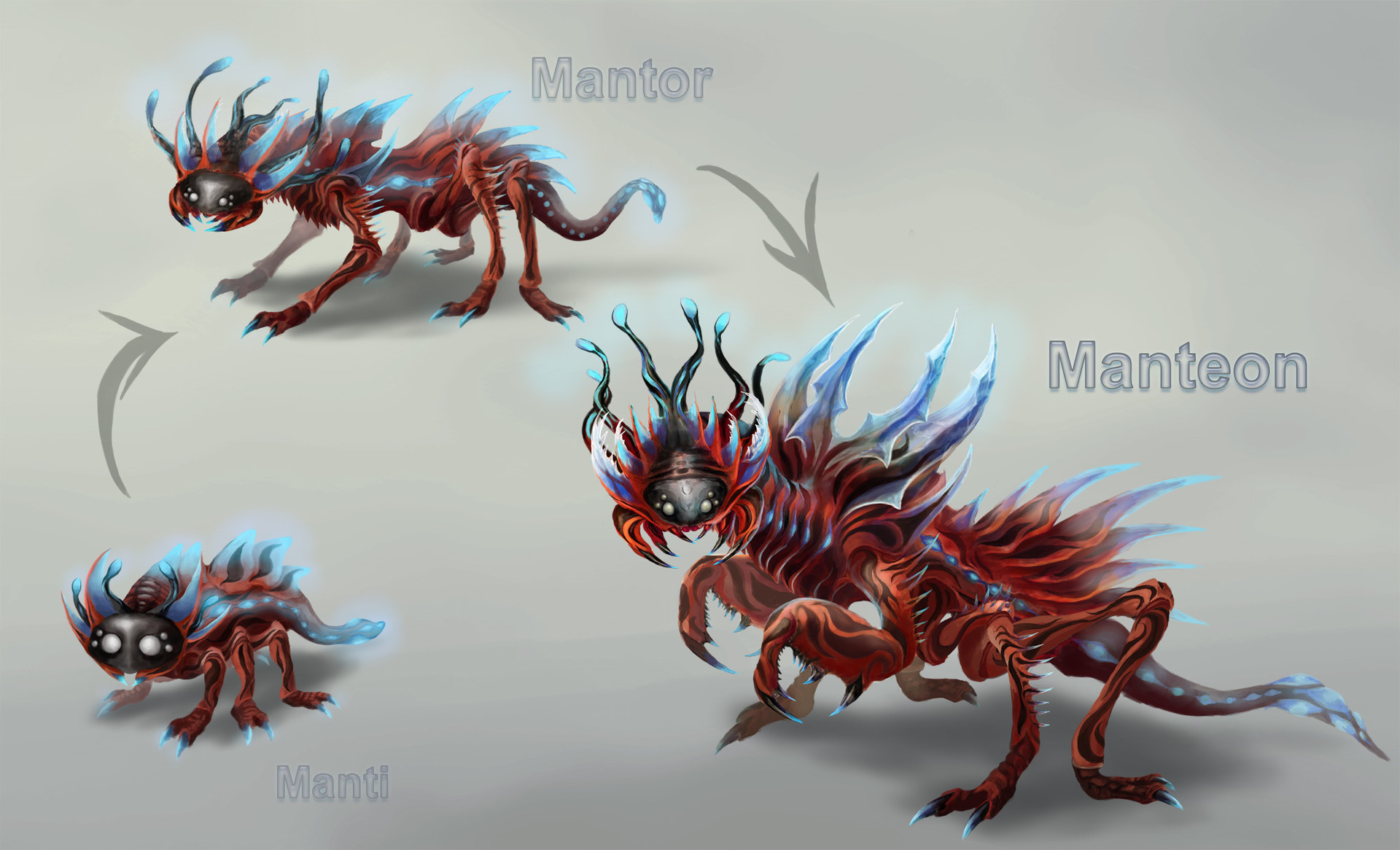 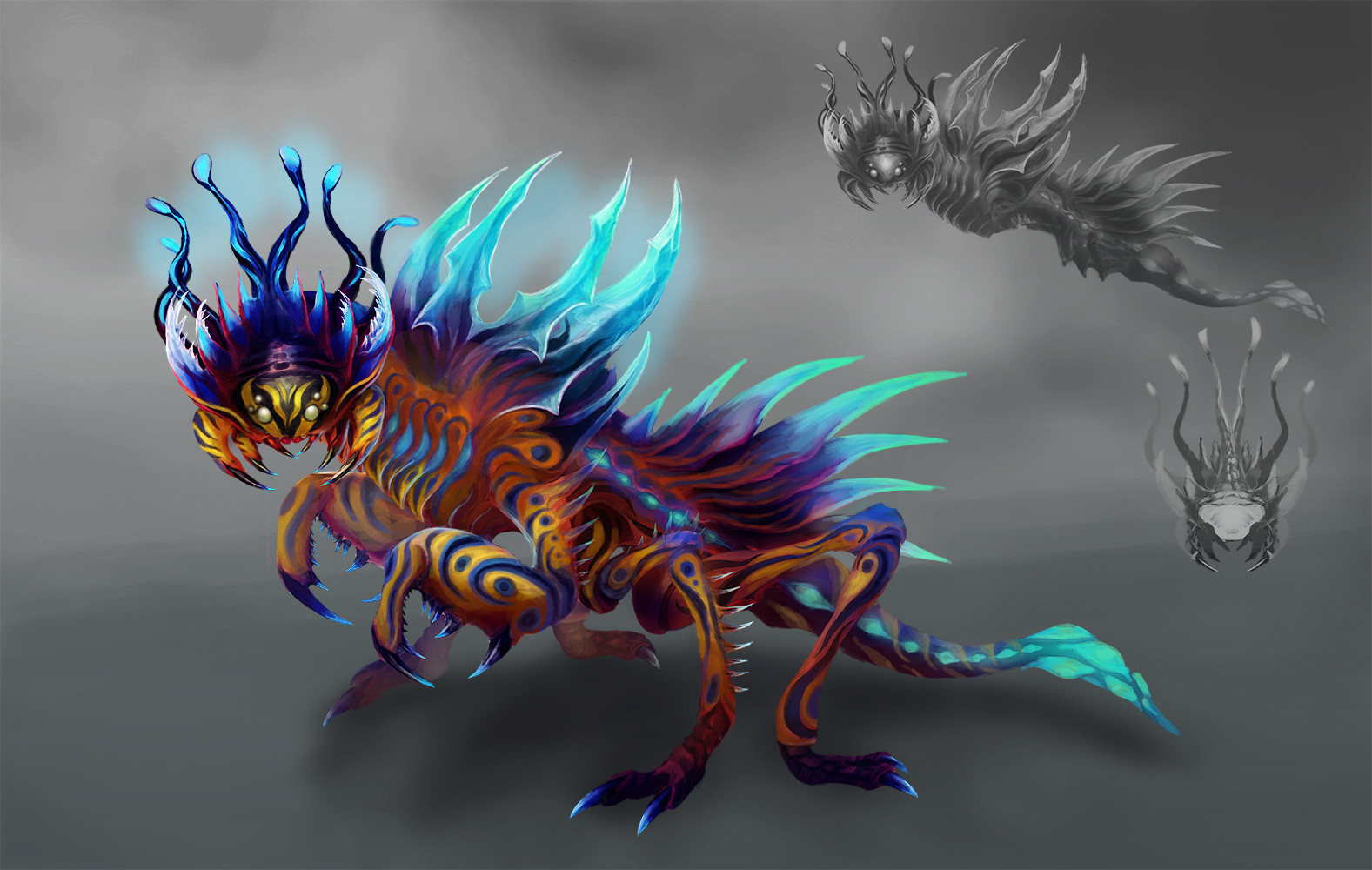 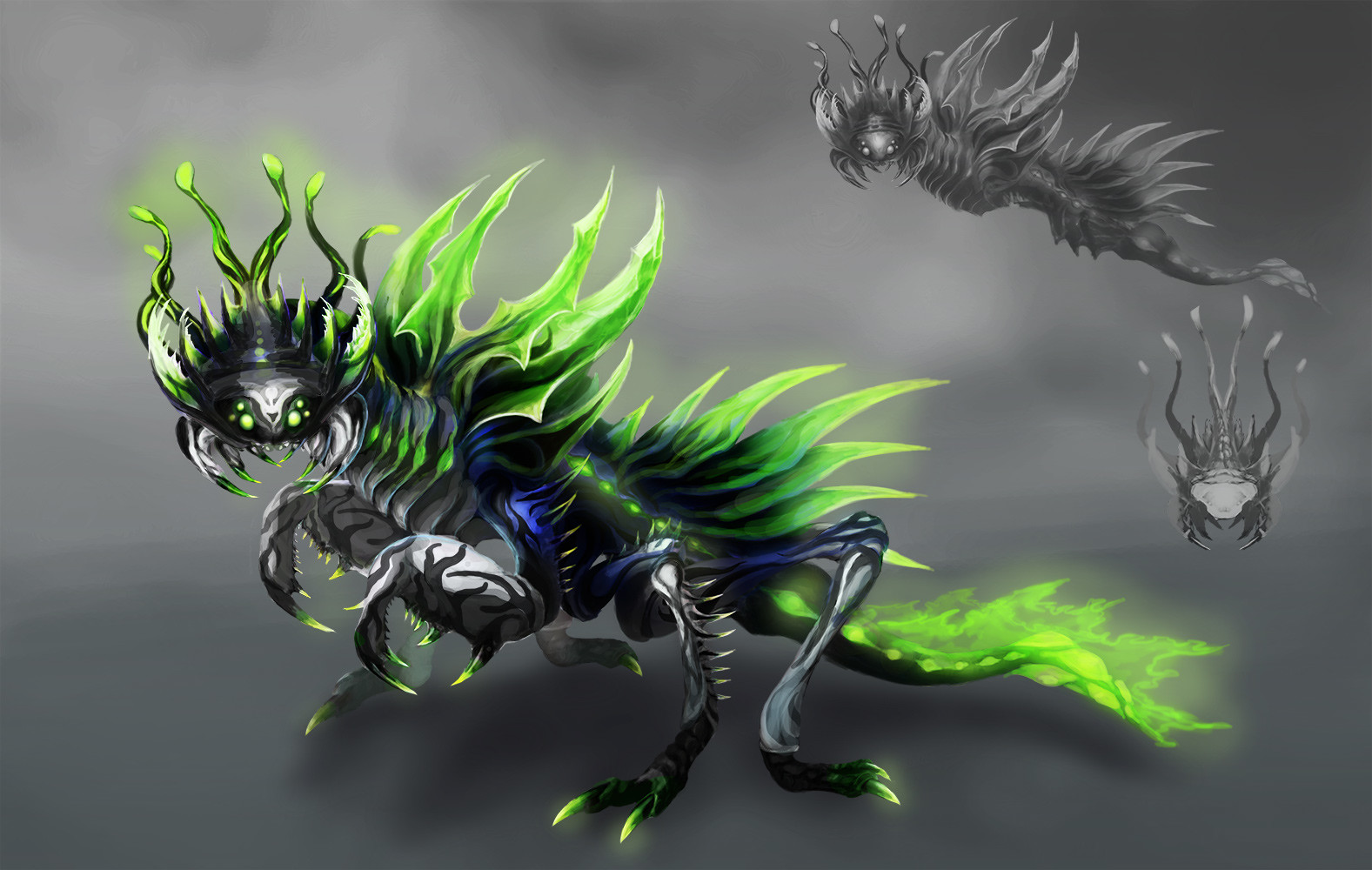 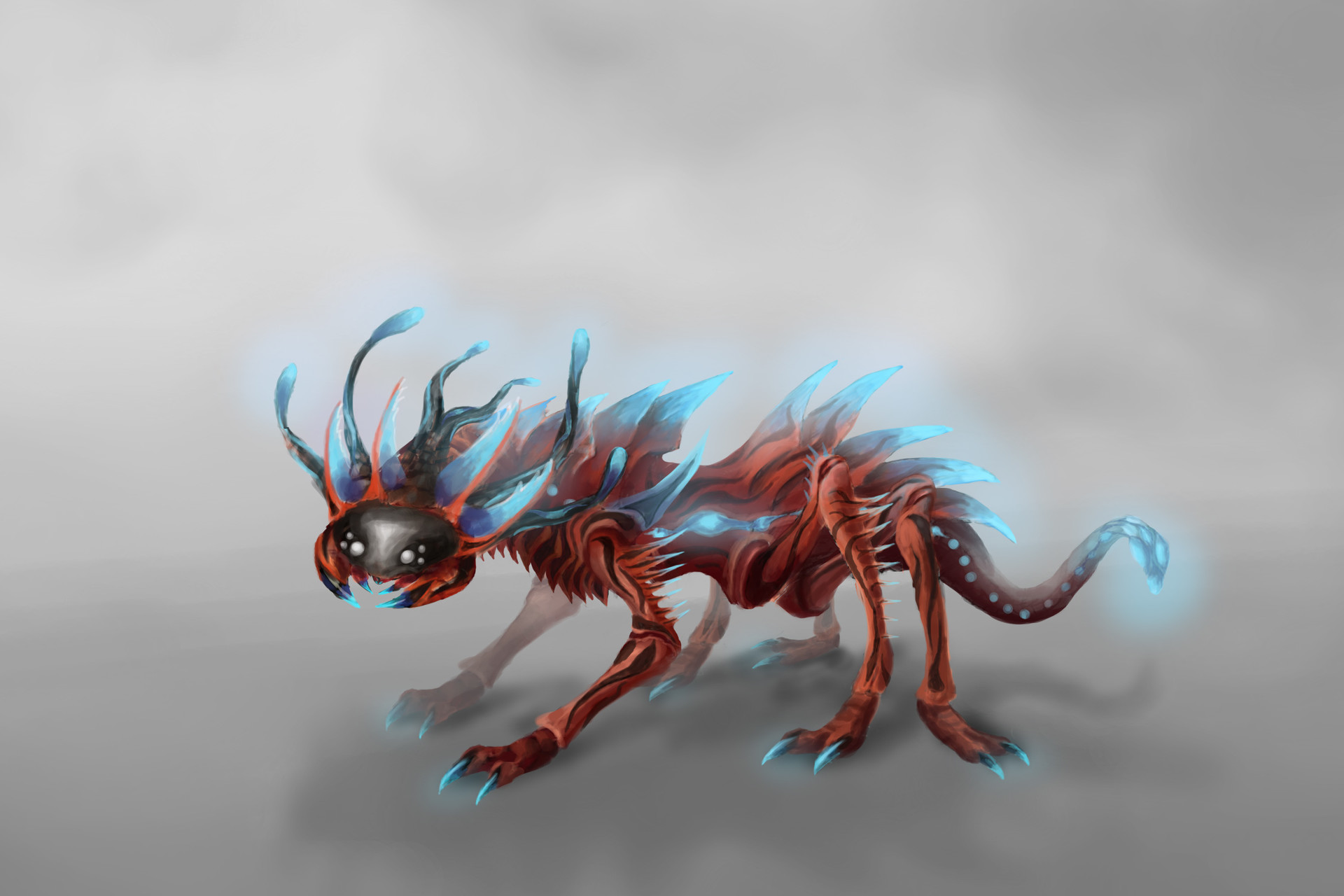 Mantor - Second Stage
It is quite agile and much faster than the first or last stage of this creature, but is more vulnerable than the adult one, lacking the big chitin armor and the claws to attack. 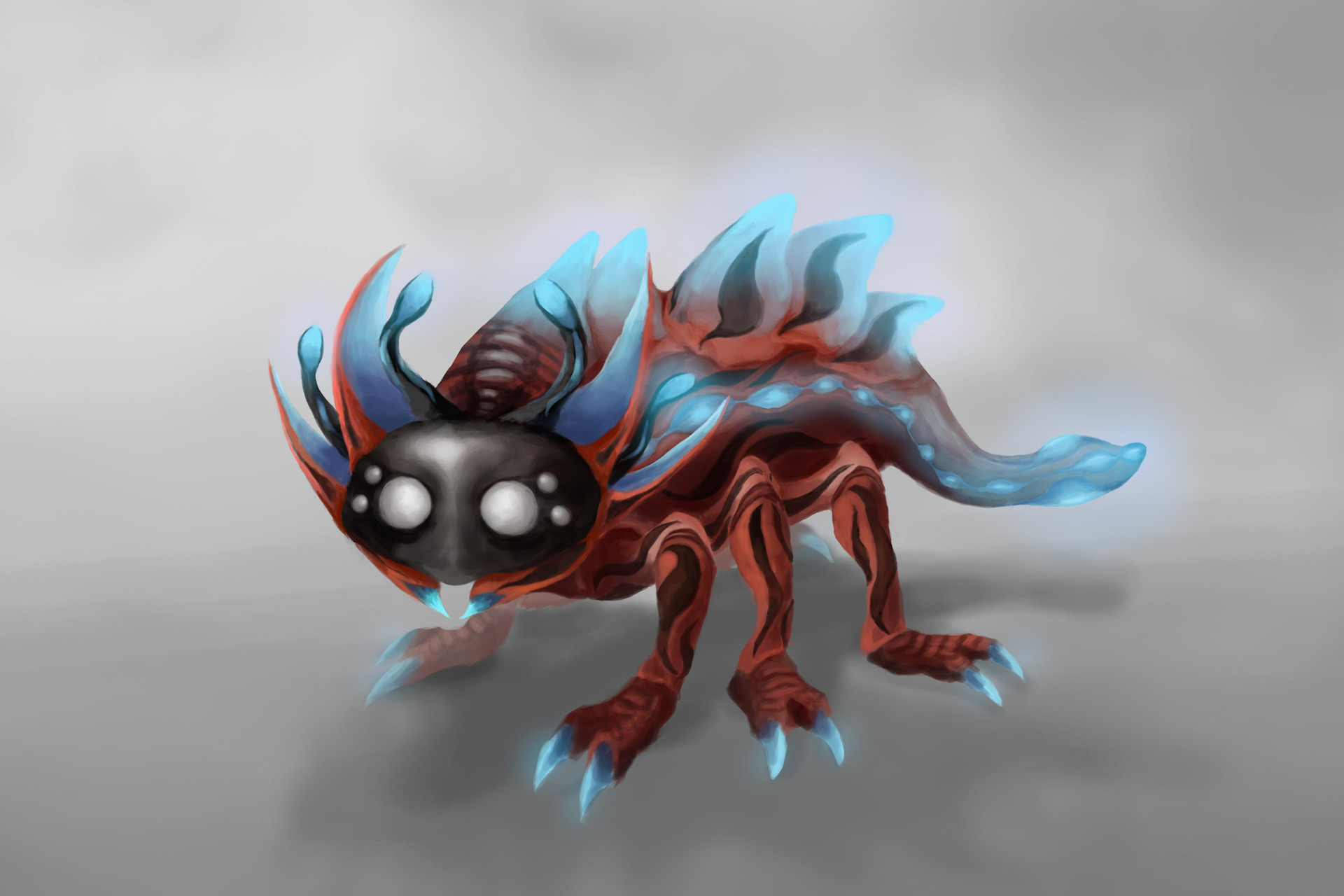 Manti - First Stage
Even though it looks quite cute with is big eyes and round shapes, it is already quite dangerous, as the mandibles are already venomous. 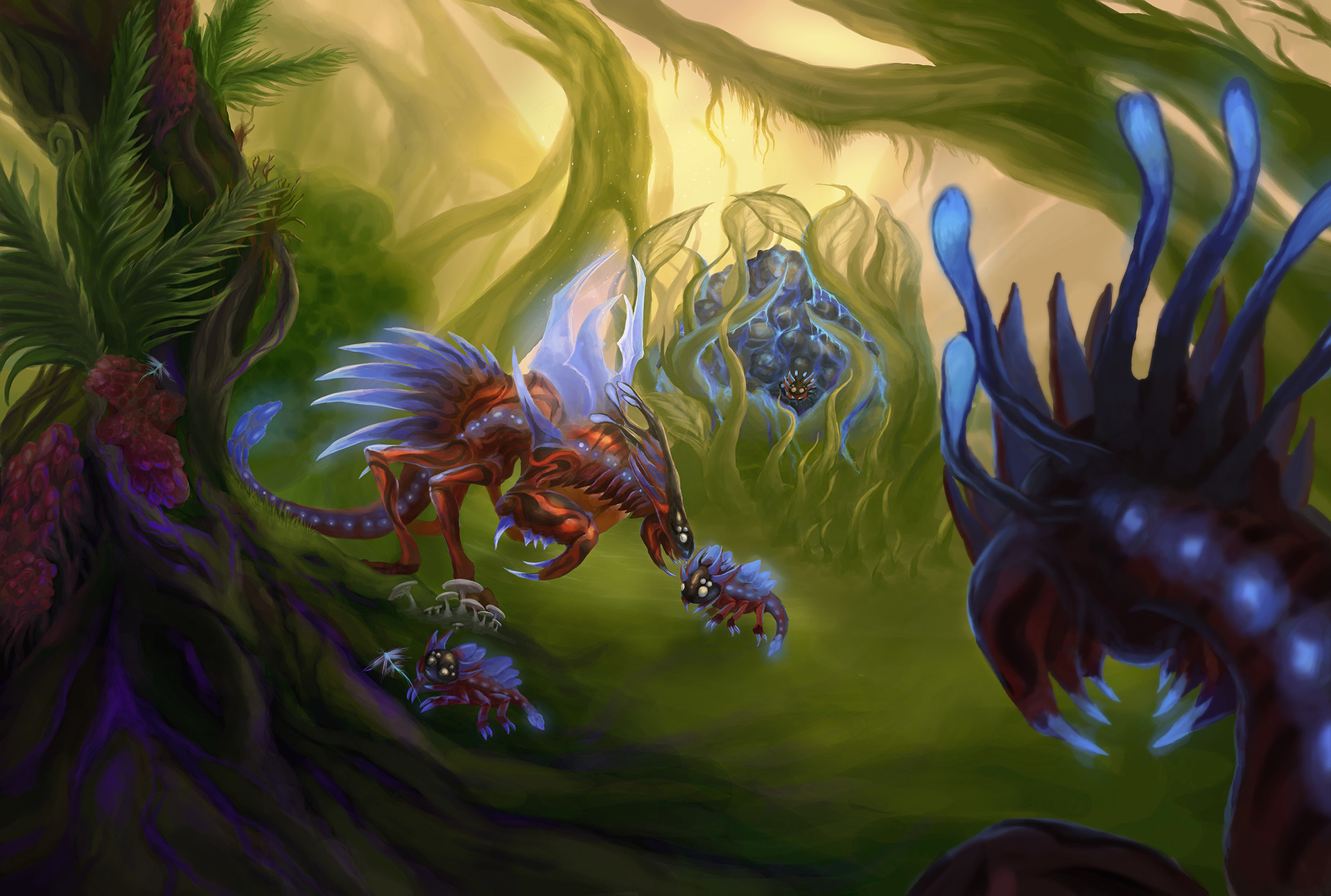 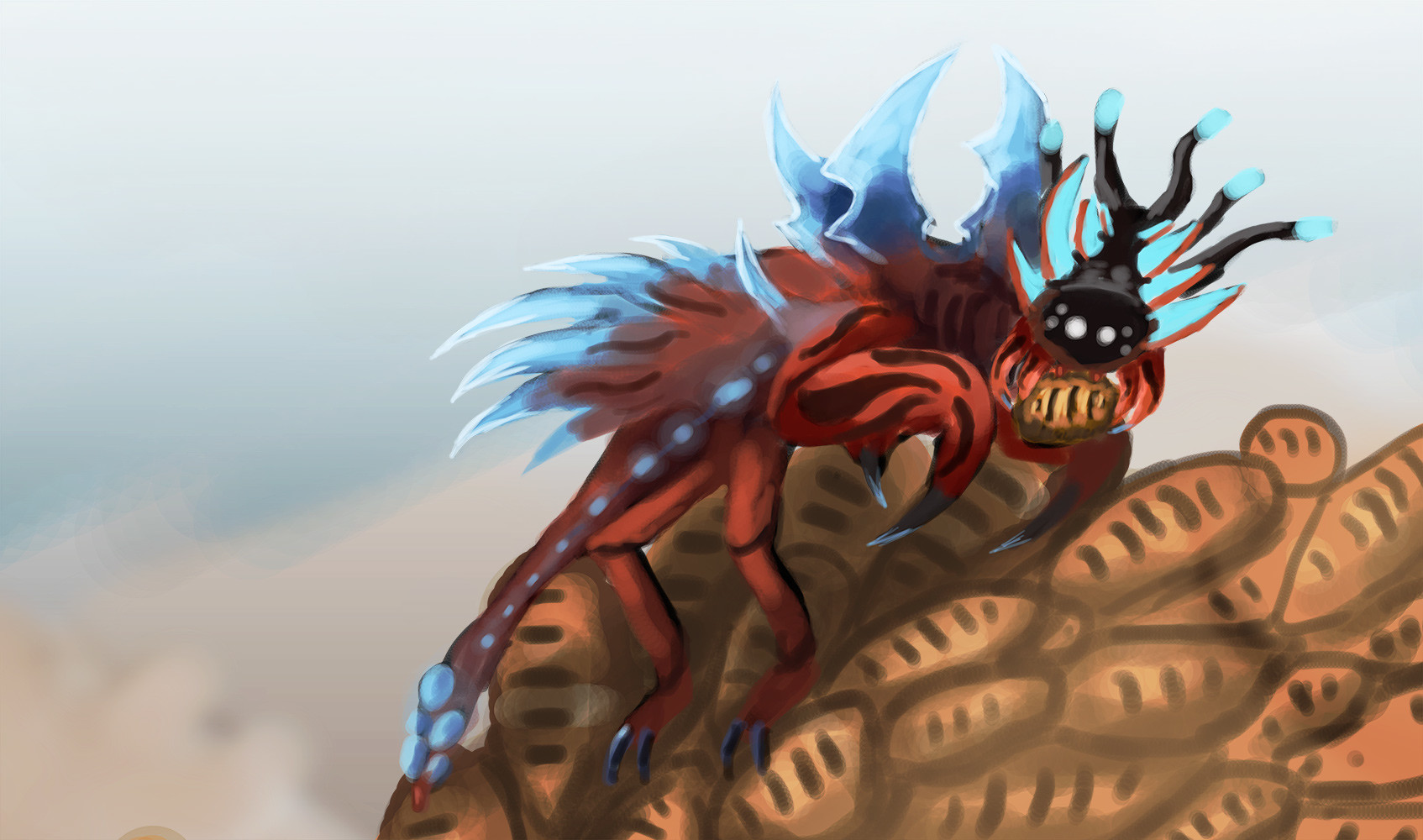 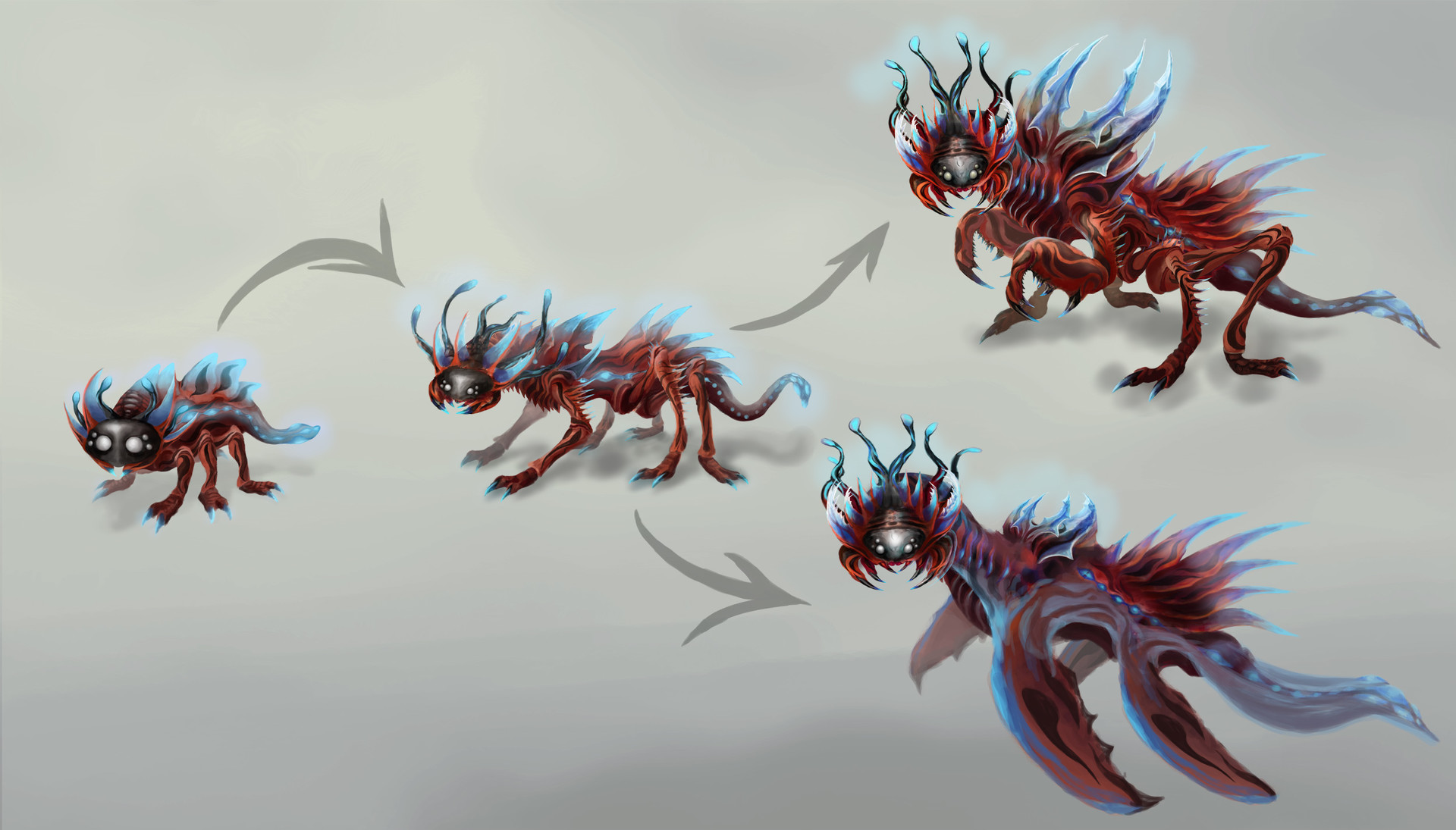 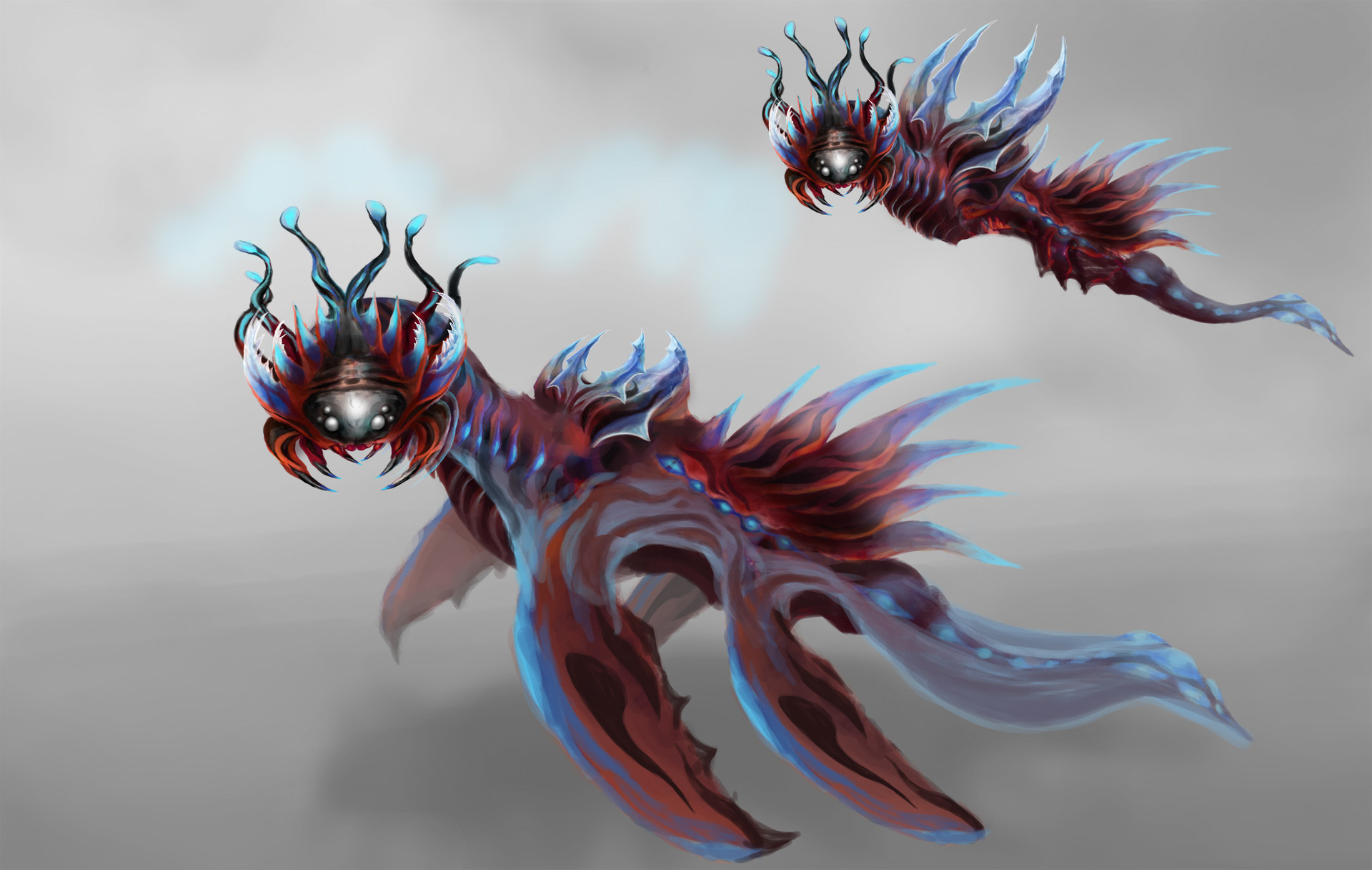 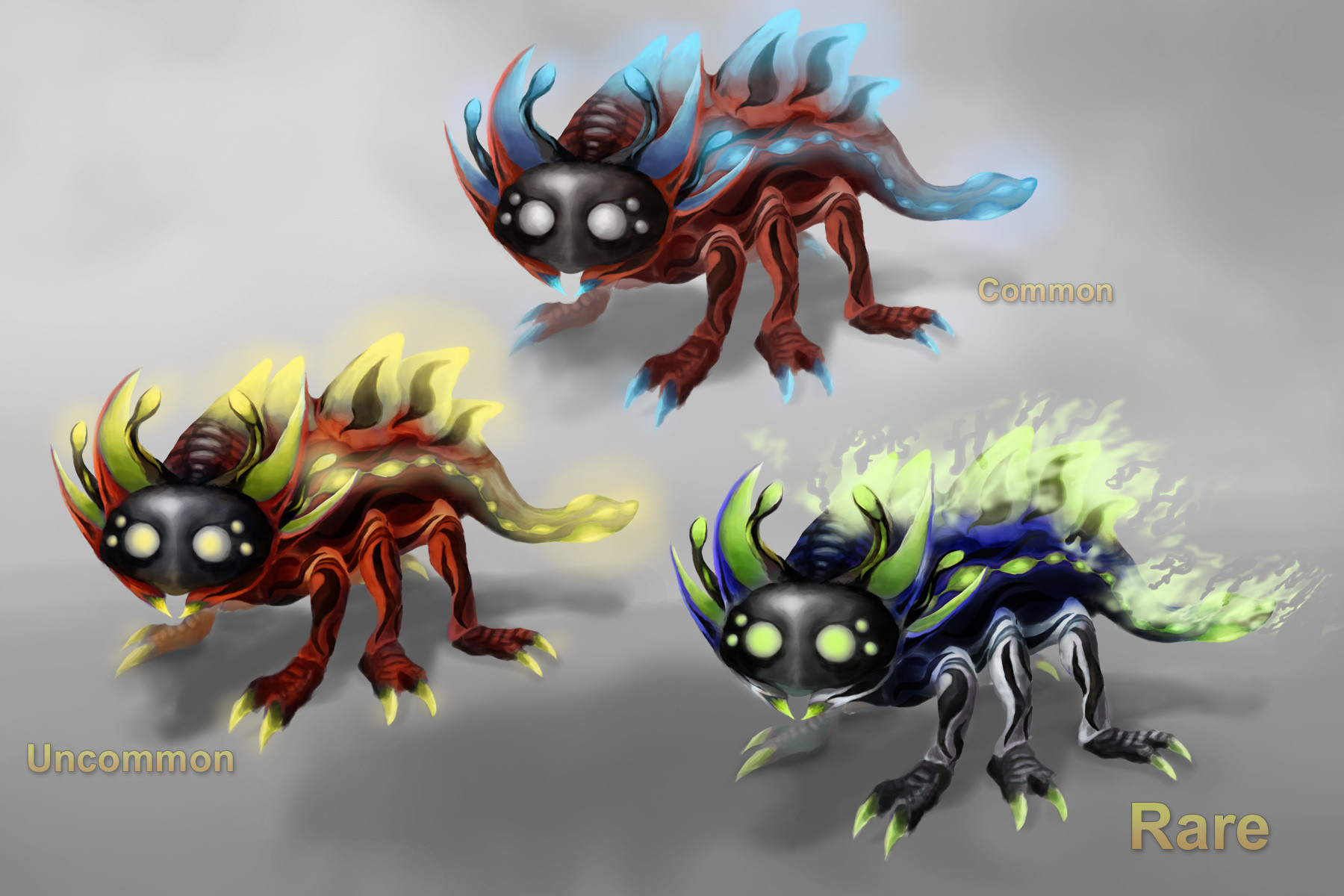 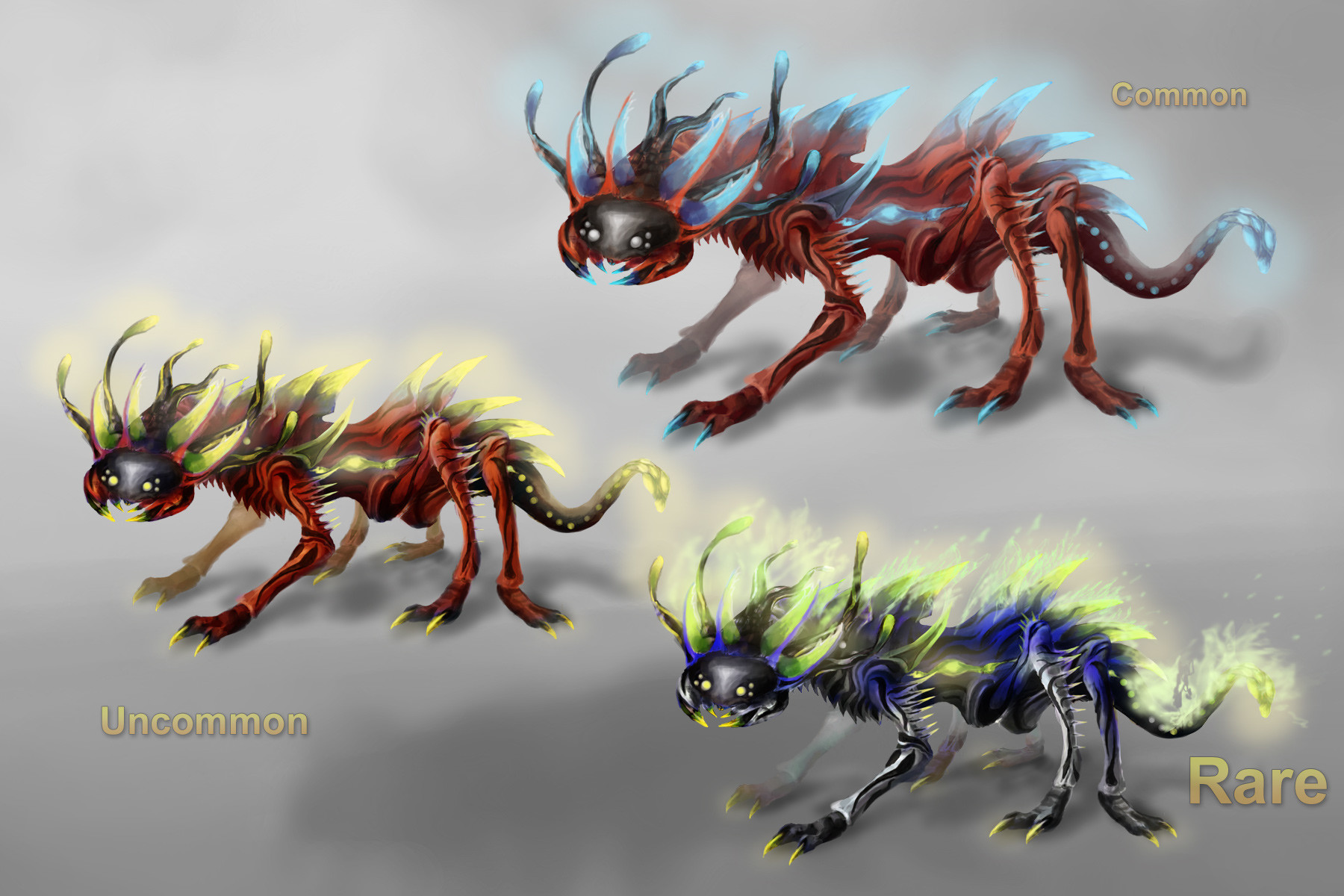 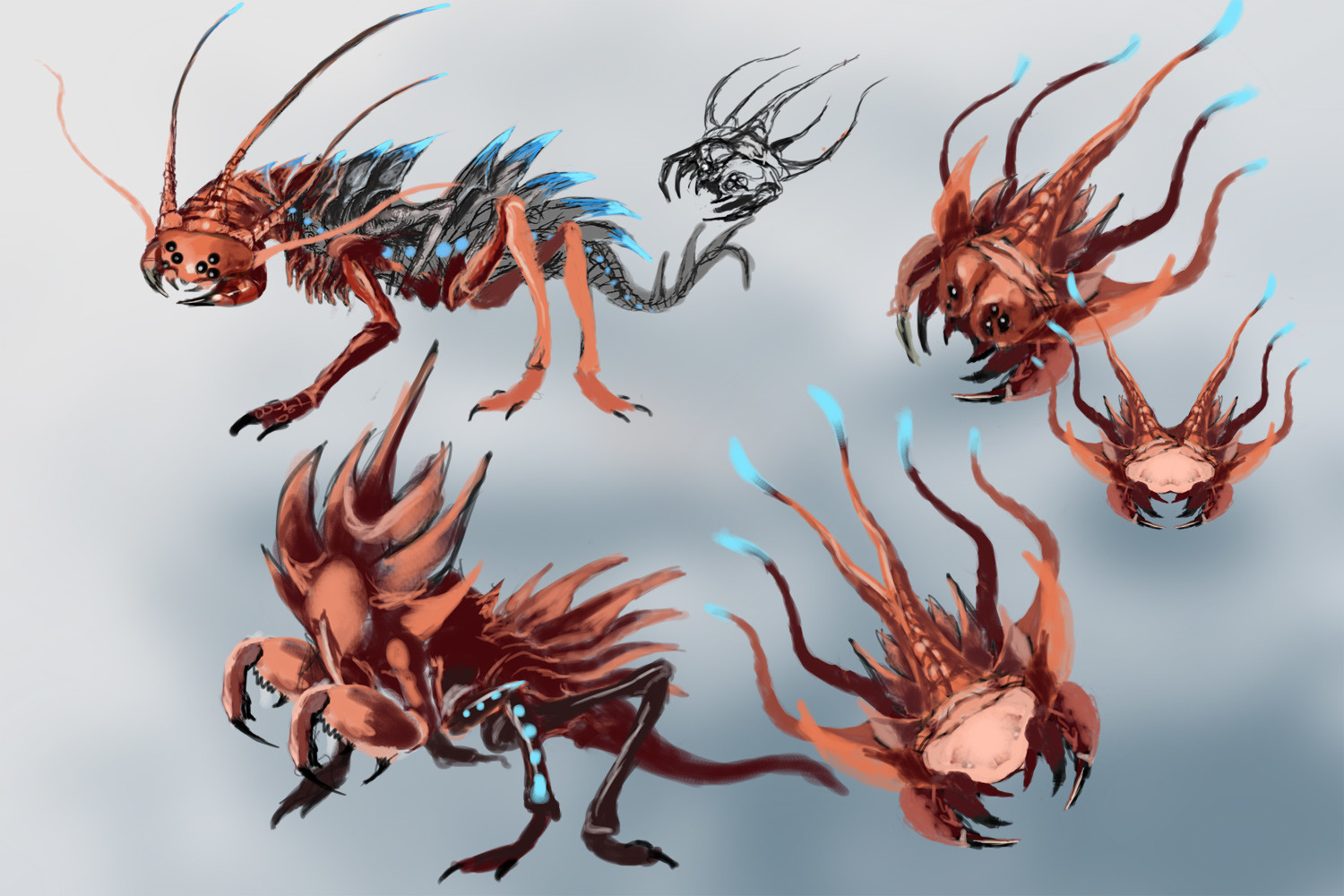 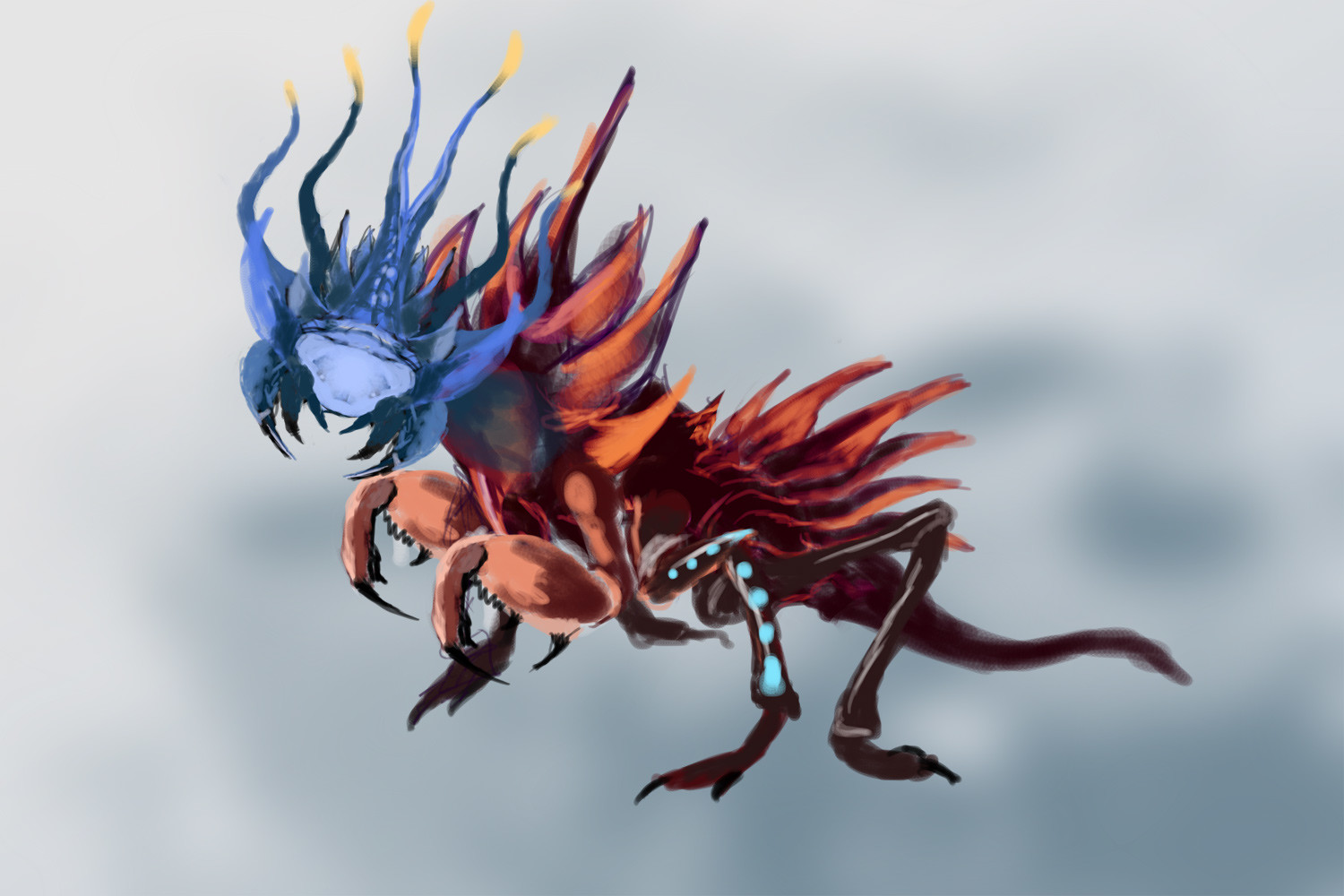 First idea for the basic shape of the last stage

This creature mainly hunts at night using the glowing tentacles on its head to attract preys. While the adults also attack using their front claws, their main weapon are the multiple mandibles on its head. Both of them contain lethal poison, making it a very dangerous creature to fight.

When enraged or nervous, it tends to clapper with its mandibles, generating a clicking sound.
The glowing parts can be controlled by will, it is quite possible to walk around in the dark and suddenly facing a enraged, pulsating glowing creature, clicking furiously with its mandibles.

They both can be found in jungles and in deserts alike, due to their fantastic ability to save water in the long thorns on its back and giving heat off their ear-like fins on the head.

Although they mostly live solitary most of their life, they come together from far during mating time to built up huge colonies.
During that period, they have a similar behavior as other colony building animals.