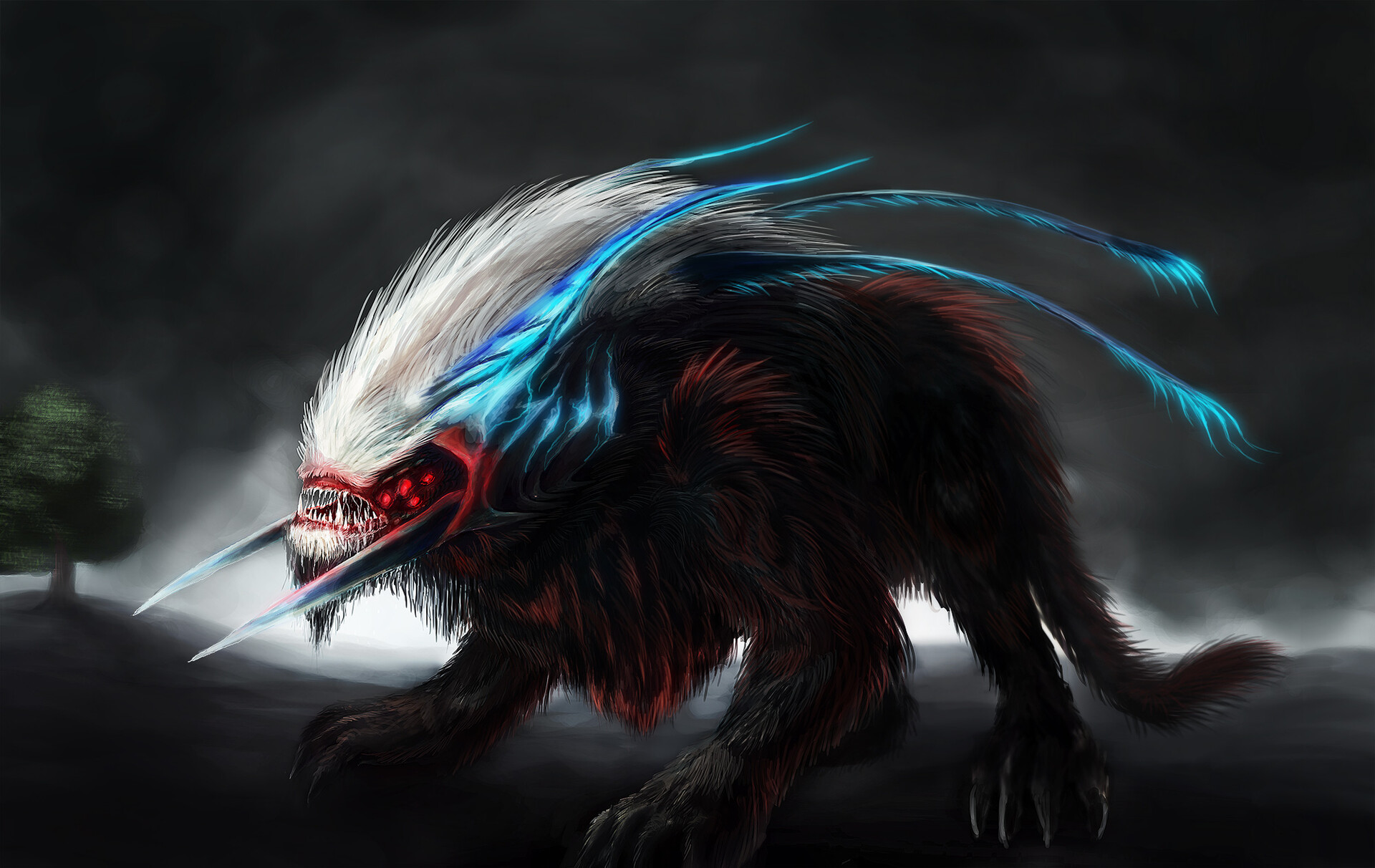 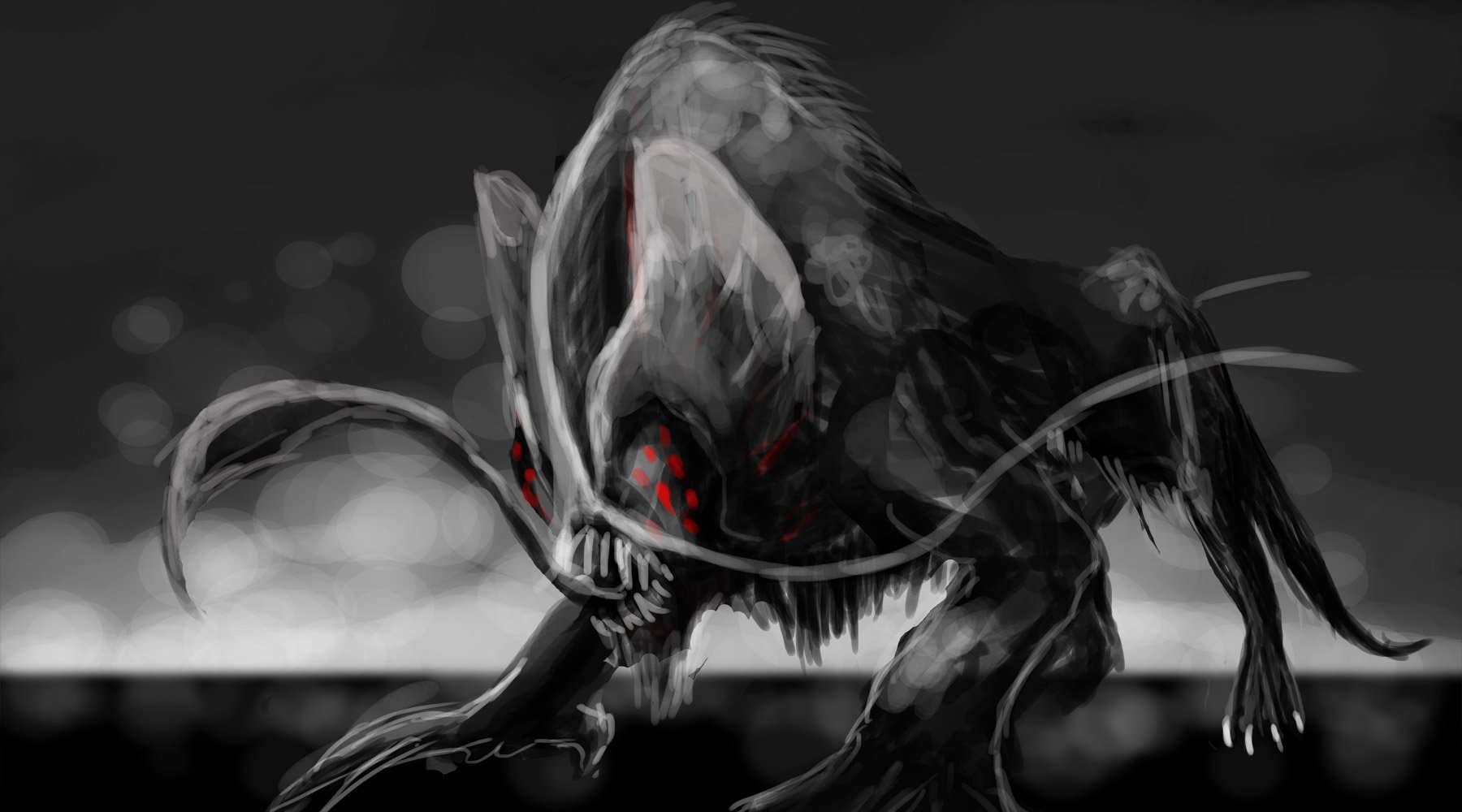 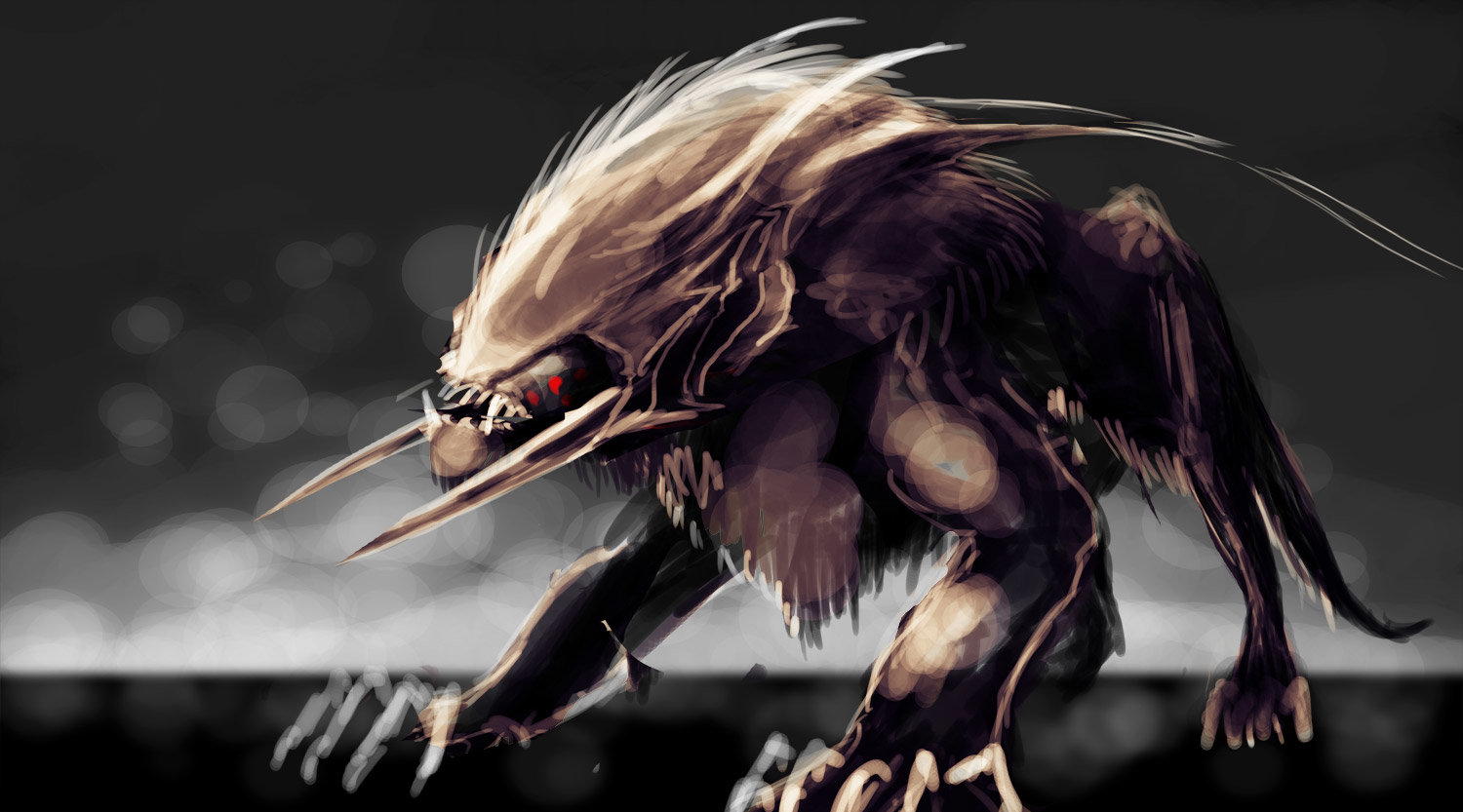 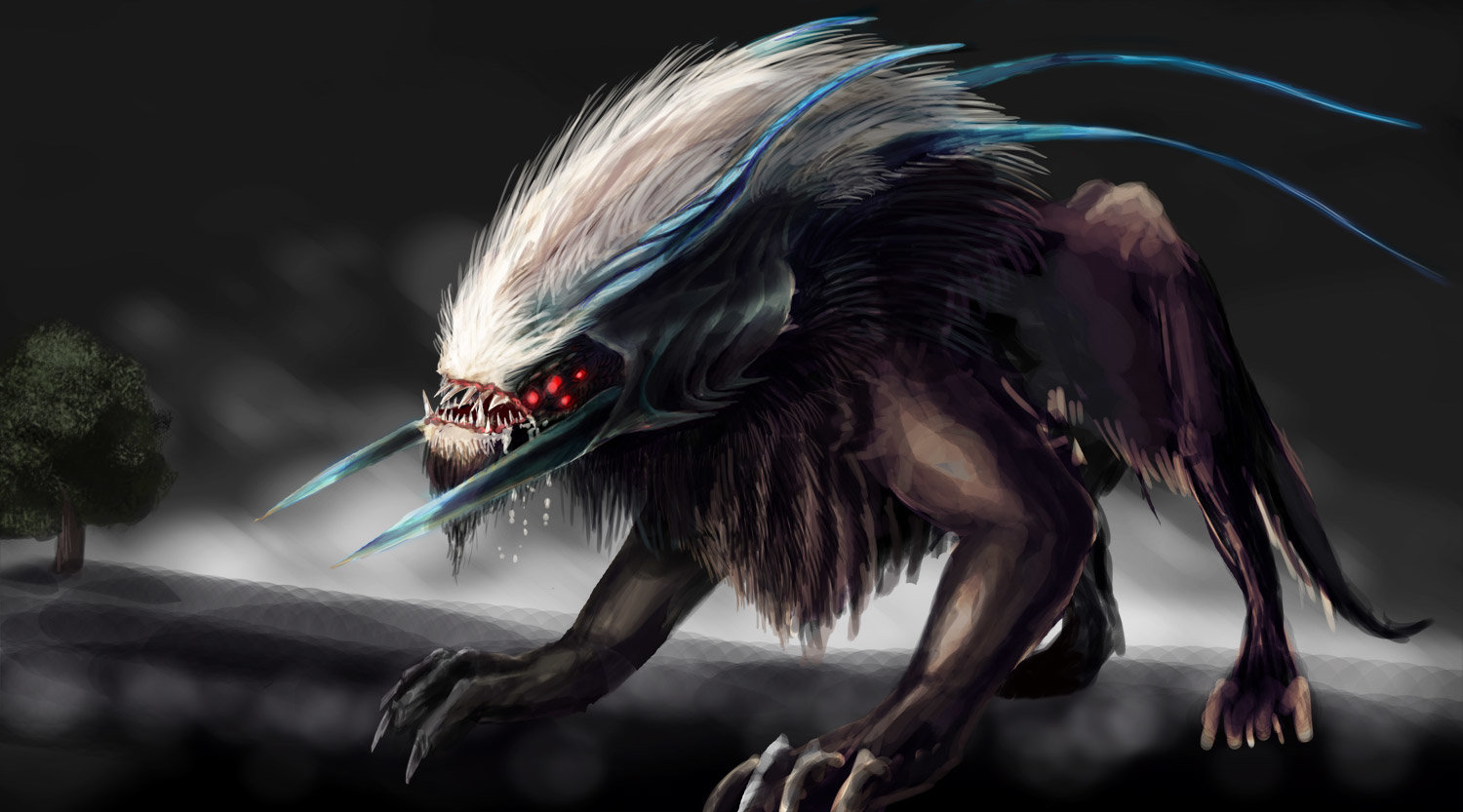 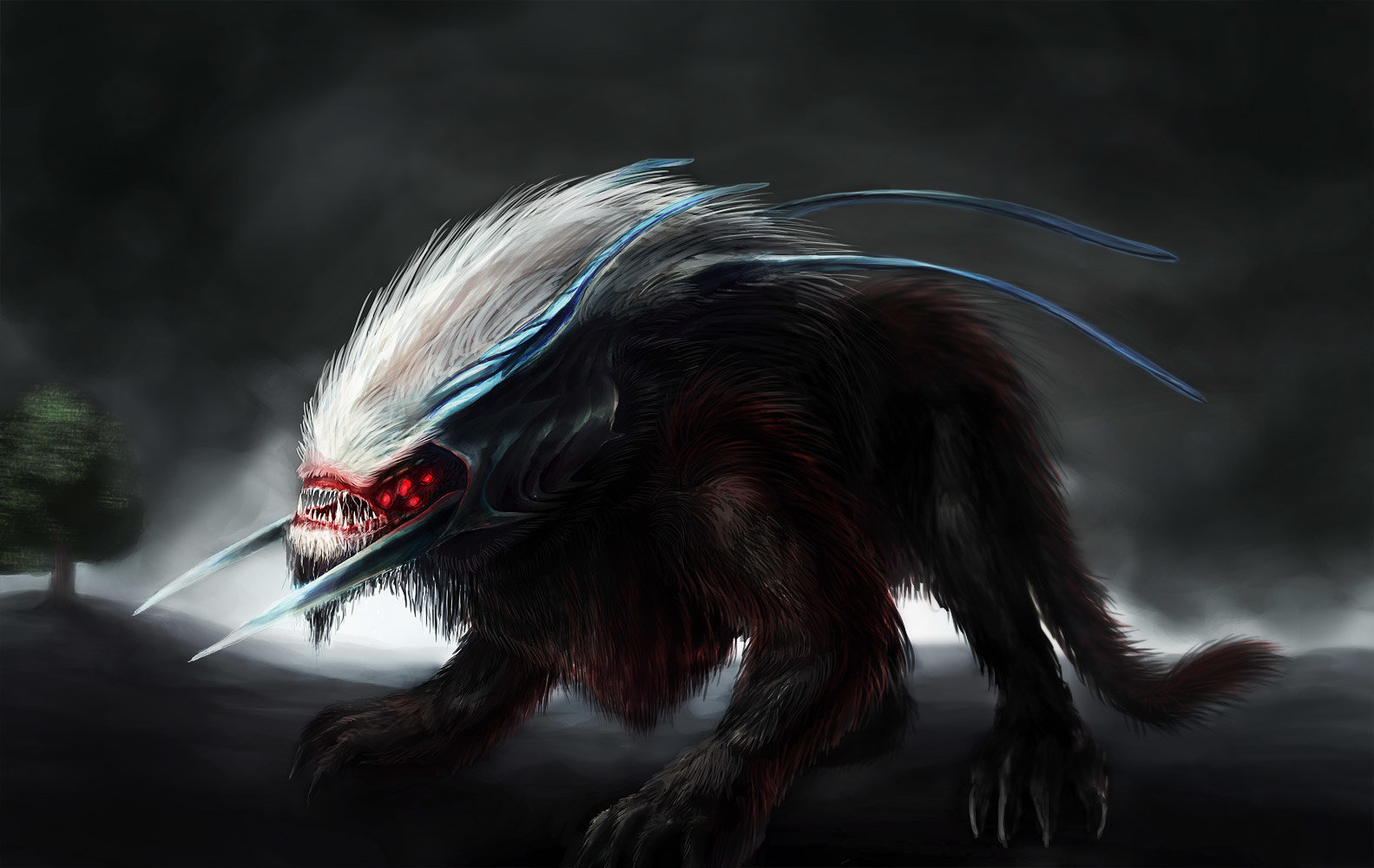 These colossal creatures are a rather agressive species, therefore they are also quite often loners. One individual normally would take care over quite a big territory.
They possess a quite unique muscle for their tusks, enabling them to move them backwards and due to that enables them to eat their prey much easier. Though mainly carnivore, these colossi also do not despise other things they can find. Usually they hunt at night.

A speciality of them are their blue horns and tentacles-like extensions on their back. They can glow quite brightly and are visible over quite a big distance. These are used when trying to find another female / male to mate.
The name "Inferorum canis colossi" was given to them since they look a bit like a gigantic, hellish version of a wolf. Behemoth they are also called sometime.